Arthur, on his own initiative, ordered a birthday cake for Juli. The thing is, Juli isn’t here – she’s down in Portland. I believe Arthur was mostly looking for an excuse to have some more chocolate cake, in the wake of the one we bought and ordered for our respective birthdays last month. 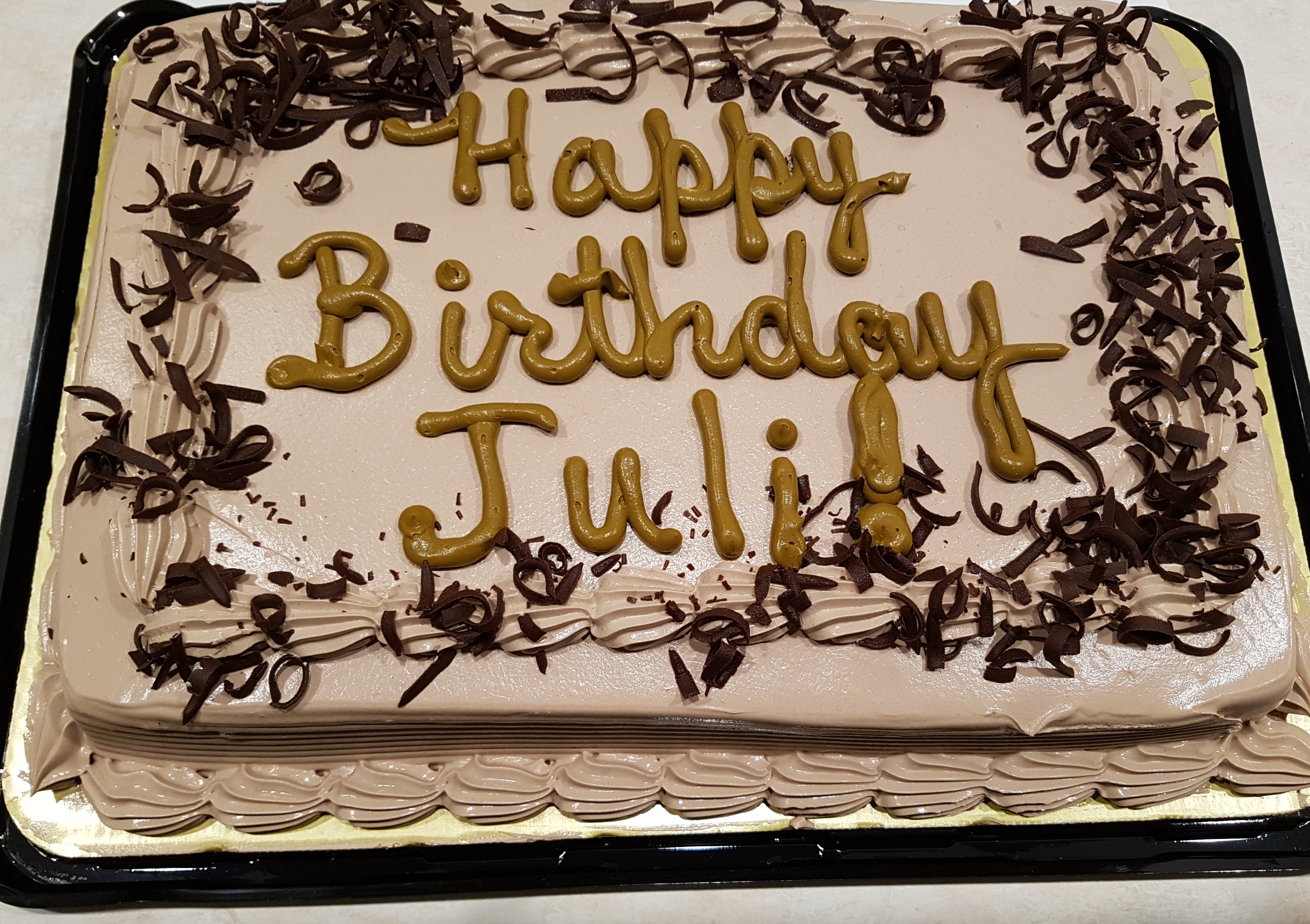 Anyway, in fact, Juli’s birthday not until two weeks from now. But we celebrated anyway.

Earlier we went into town for our Thursday shopping day. And we picked up the boat from where it was being serviced at the boat shop. Arthur surprised me, because as we were going to the boat launch area to put the boat in the water, out of the blue he said, so do you want to drive the boat back, or the car?

Our standard division of labor on these ventures has always been that Arthur drives the boat, while I drive the car. I couldn’t quite figure out the motivation behind this offer, but I often have found that when Arthur offers for me to do something that is normally his remit, it’s because he wants me to. So I took it to mean that he preferred that I drive the boat. So for the first time ever, I drove the boat alone, while Arthur drove the Blueberry home.

I did OK. I’m not as good as Arthur at backing the boat up – which I had to do when departing the boat launch. So it got a bit hairy when I was trying to go around another boat parked at the boat launch. But once on open water, I made my way home without incident. It was quite windy and choppy, this afternoon, on the open bay between Craig Harbor and the entrance to Port Saint Nicholas. Perhaps that’s why Arthur wanted me to drive the boat? I even managed to land and tie up the boat alone, at the dock at home, in a quite gusty east wind.

Now his hat is on backwards
He can show you his tattoos
He is in the music business
He is calling you “DUDE!”

He is handling the money
He is serving the food
He knows about your party
He is calling you “DUDE!”

Take a bite of this apple
Mr. corporate events
Take a walk through the jungle
Of cardboard shanties and tents

He says, do you believe
In the one true edge
By fastening your safety belts
And stepping towards the ledge

He is handling the money
He is serving the food
He is now accepting callers
He is calling me “DUDE!”

We are building a religion

We are building it bigger

We are now accepting callers
For these beautiful
Pendant key chains