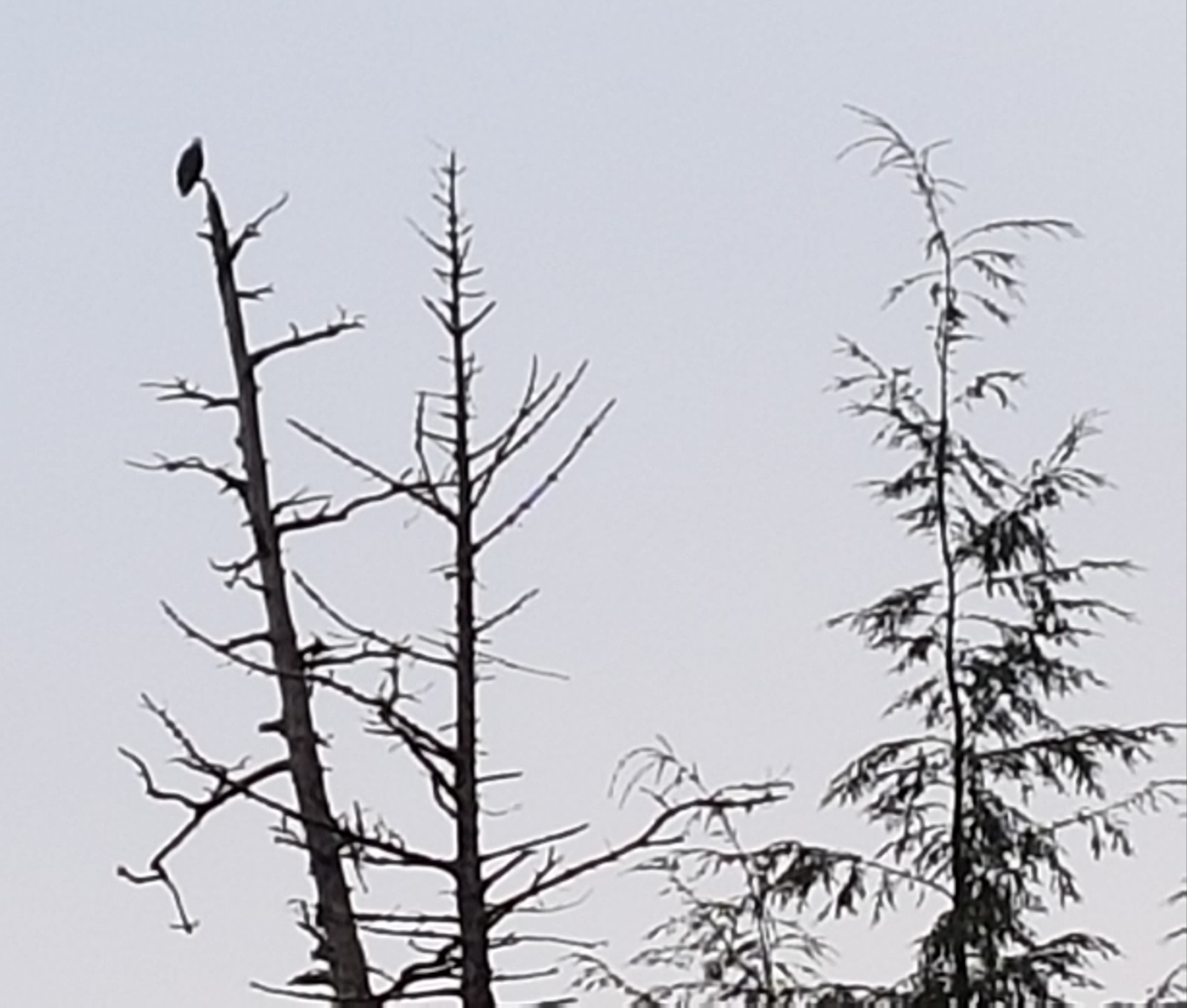 I received an email today confirming my acceptance into the graduate teaching certification program at University of Alaska Southeast.

The program is largely online. I am skeptical about the ease and efficacy of online coursework, but it will be as it must be, and hopefully I can be successful. I am returned to studenthood, after a 22 year hiatus. Thank you to all who assisted me in my application process.

And now to return to studying US History, to satisfy a never-before-satisfied prerequisite.

Down below the surface of reality there are still trees to be found. 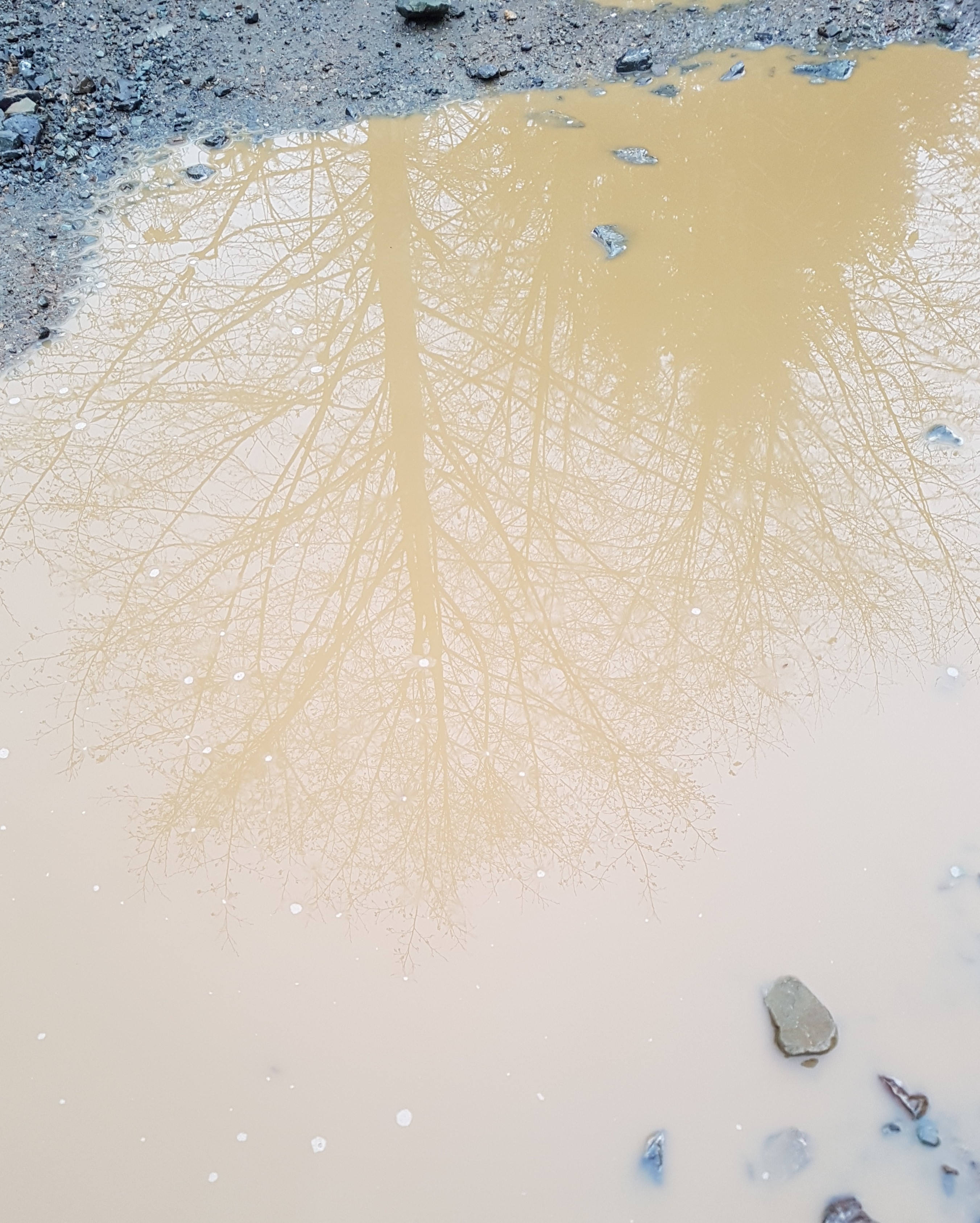 Since the school never calls me to do substitute teaching, and since it often rains outside, when I’m not working on studying history and psychology for my exams-for-credit, I continue with my activities and efforts related to my “fictional map server.”

Recently I’ve received several queries from people interested in trying to build their own “map servers.” I decided the concept needed a handy acronym, so I coined “HRATE” (High-resolution alternatives-to-earth – also, handily, an anagram for “Earth”).

I have been trying to collect in one place my documentation for how to build your own HRATE: here.

Some trees come with titles that seem numerologically significant. Yet they remain agnostic. 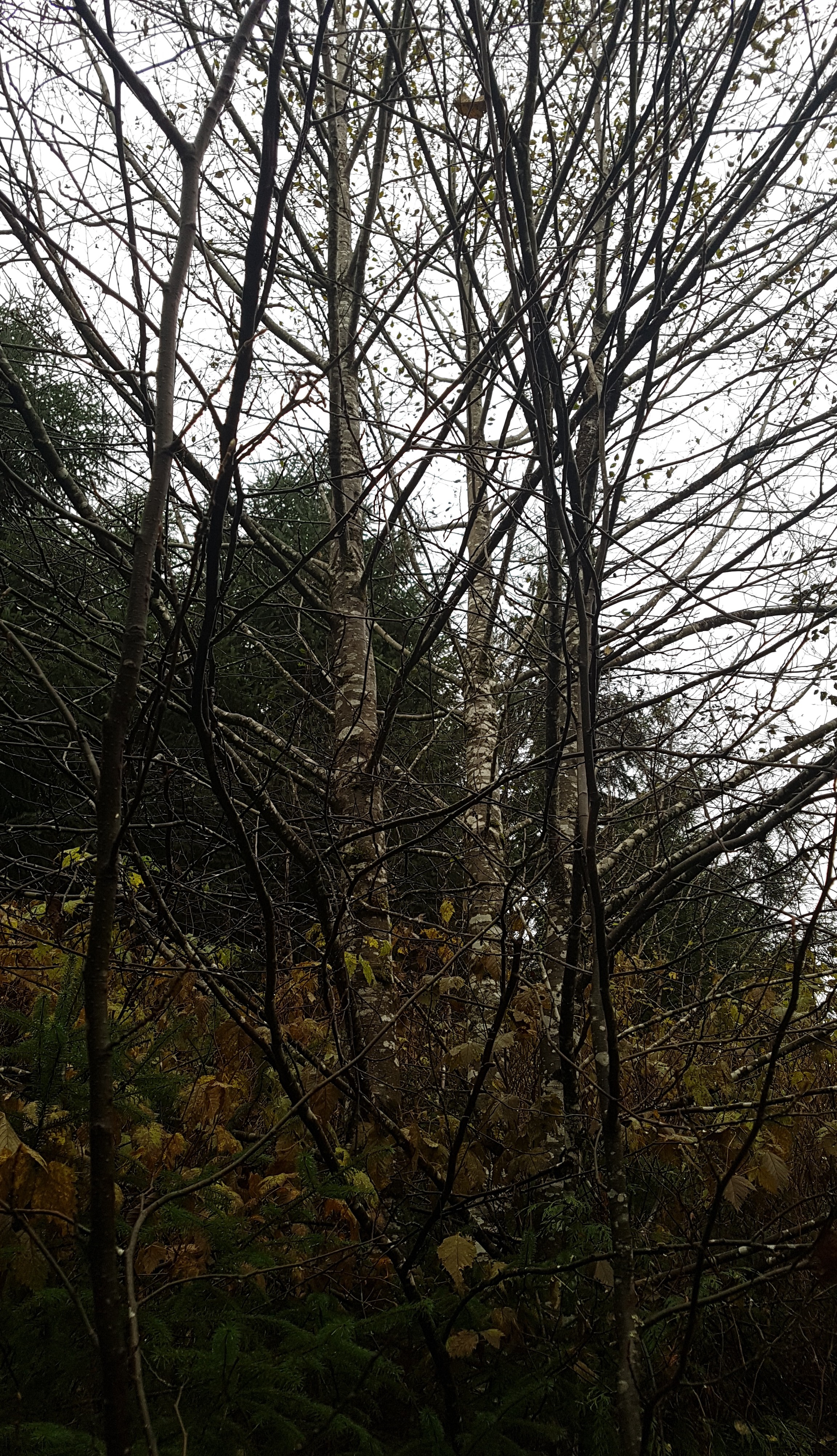 In this historical moment when a motley riot of neo-know-nothingists are mucking about with the levers of government, I find hope for humanist values in the apropos observations of a certain famous politician:

Here is a tree from my archives. It is a tree in the front yard of the house where I spent the majority of my first 17 years. I took the picture in 2009, I think. 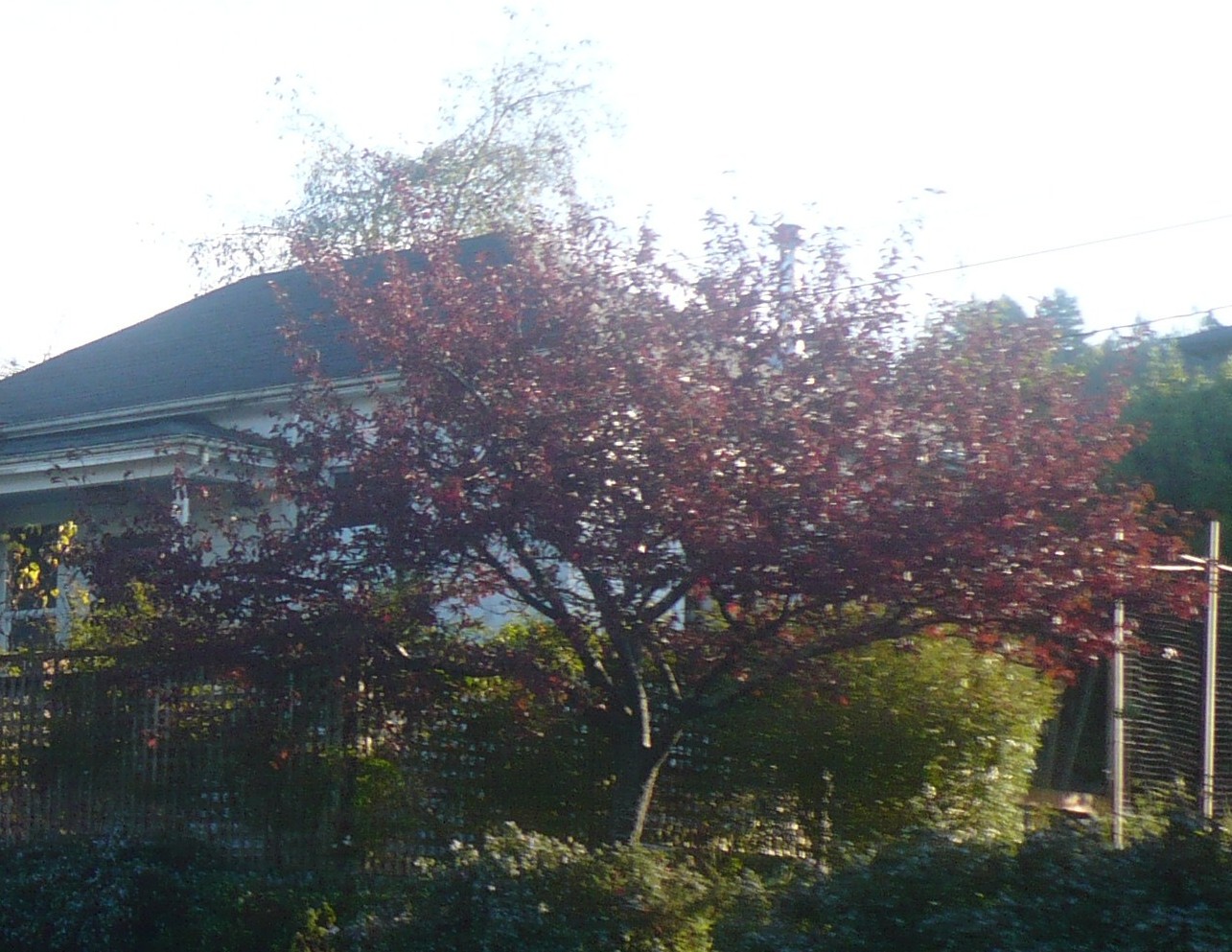 That tree almost entirely post-dates my years there – it was planted in my childhood but was just a small tree as I grew up. Now it looks more substantial.

Here is another picture I found of the same house, from a different angle, and taken many, many years ago, when there was a different tree in front of the house. That’s my dad’s car. I would guess mid-to-late 1960’s for when the picture was taken. 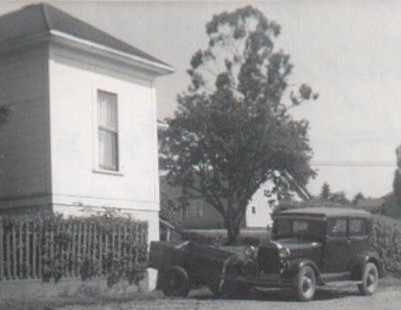 Continuing that theme, this is the same house again, but with no tree at all. This is my own ink drawing, but done from a photograph of the house that I suspect predates my parents’ ownership by a few decades. 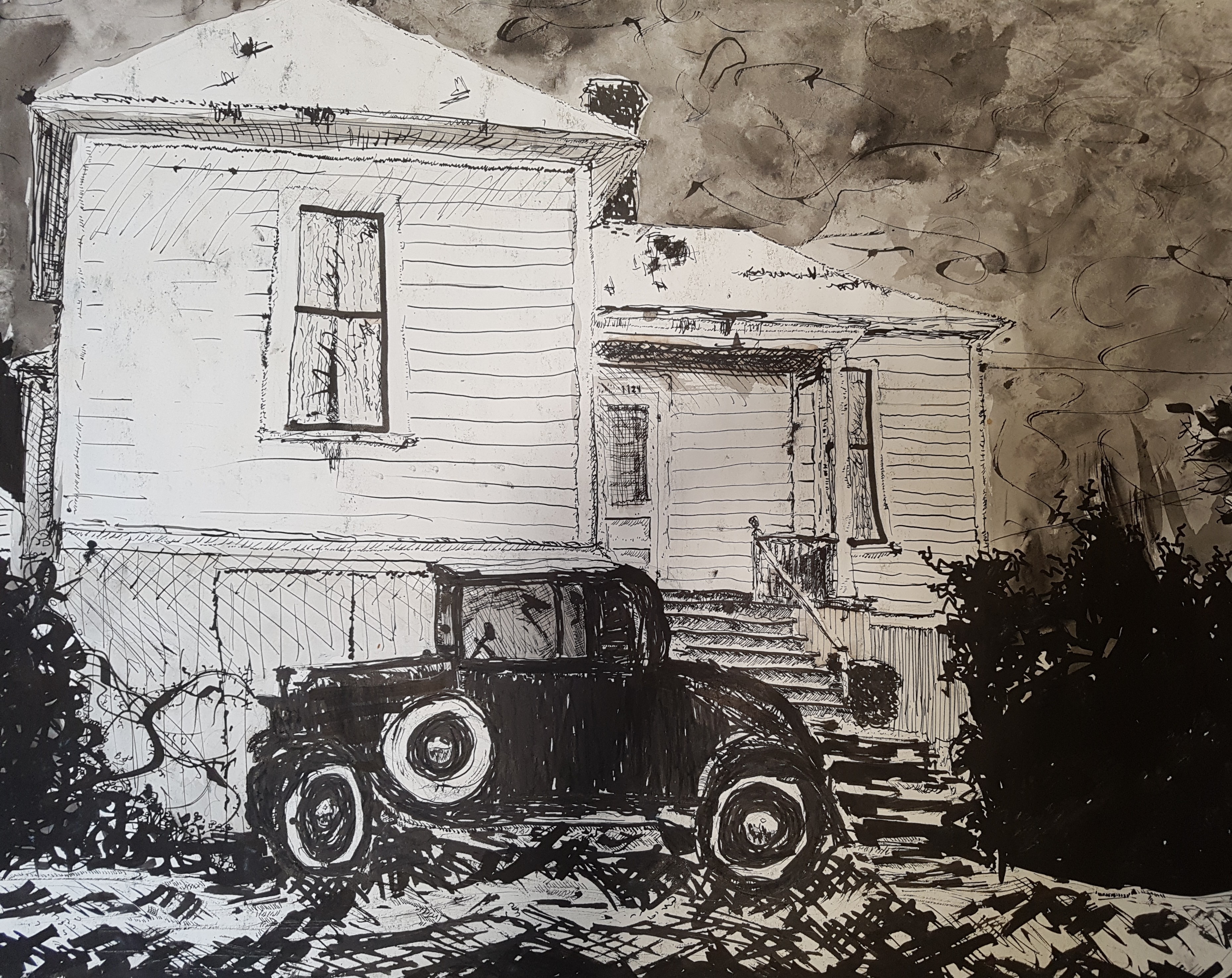 Today universals are par for the course,
As when horseness is said of a horse.

And now the whole lot of us
Are expected to talk as though hippopotamateity inhered in a hippopotamus.

But all of these quiddity-quoddity hacks
Could not tell a duck from the fact that it quacks.

We pulled out the “rails” for the boat ramp last night at dusk – because that’s when the low tide was low enough to make that doable. I probably should have been paying attention to the tides, knowing Arthur had that project in mind, but I hadn’t been, so it came out as one of those “ambush projects” that Arthur hits me with, that stress me out so much.

In fact I don’t mind helping on Arthur’s projects, but, like a small child, I don’t manage my stress well when I don’t get advance notice about what’s expected of me. Arthur is not inclined to communicate his plans or intentions ahead of time. After dinner, without preamble, it was: “I’m going to pull out the rails now.” Of course no invitation or expectation that I would help, but I simply can’t imagine Arthur in his increasingly frail state doing this project himself – those rails are heavy, and pulling them up the ramp is awkward. So I had a choice: let him start it himself and then be there to help when he finally asked for help, or otherwise I could simply start out helping knowing it would get to that. It’s one of those “military moments” when the arbitrary “task” comes down the chain of command and one simply has to leap to action in that moment.

Lo, a tree did grow. 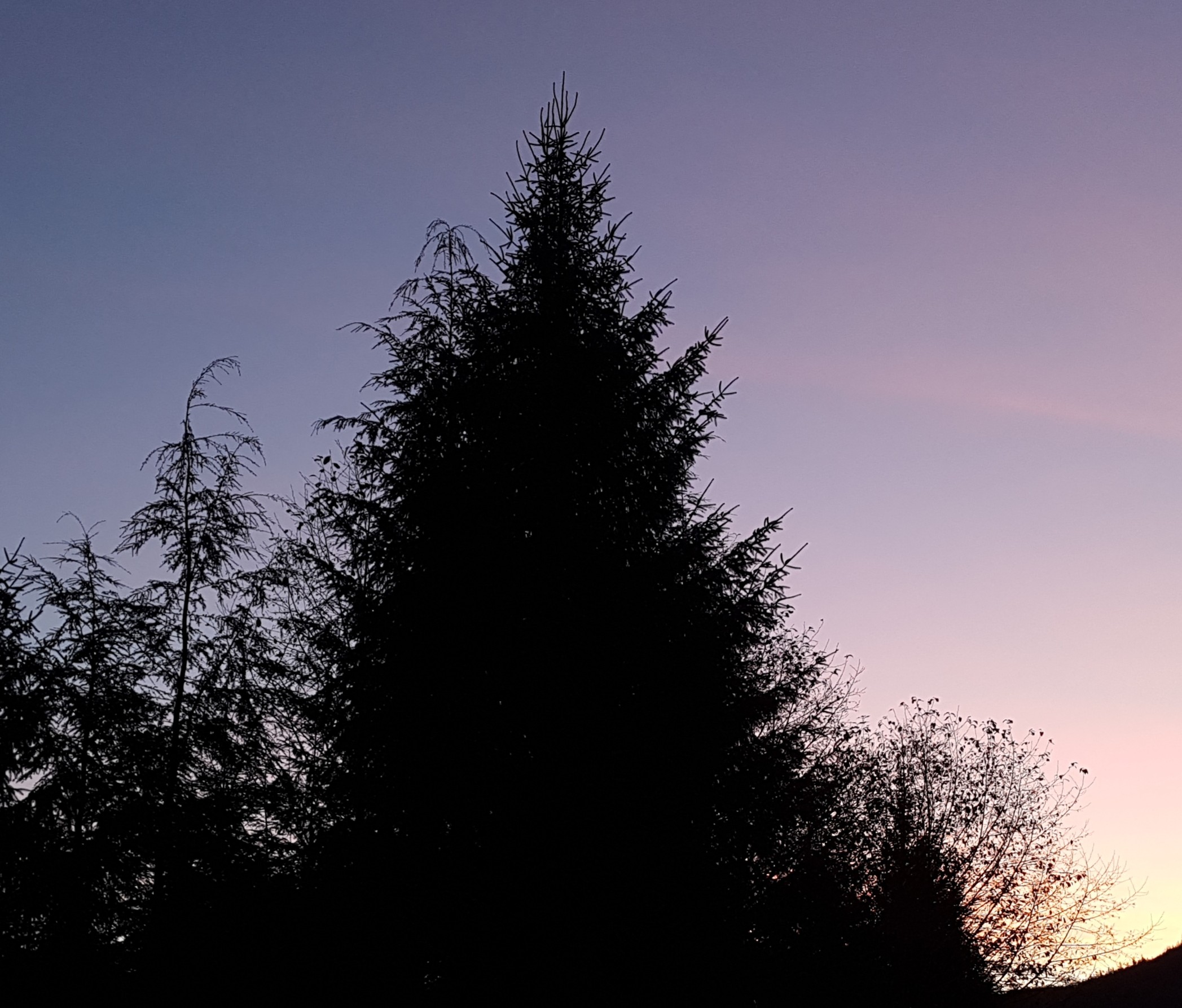 The internet’s first “banner ad” turns 25 years old today. That’s actually kind of surprising. The internet feels like it’s always been there, at some level, but yes, in my own memory, there was a time it did not exist.

Some historians have placed the original “banner ad” on it’s own, 1994-style webpage: here. And you can click through to see the original advertisement, in the original format.

The tree could be seen via reflection. 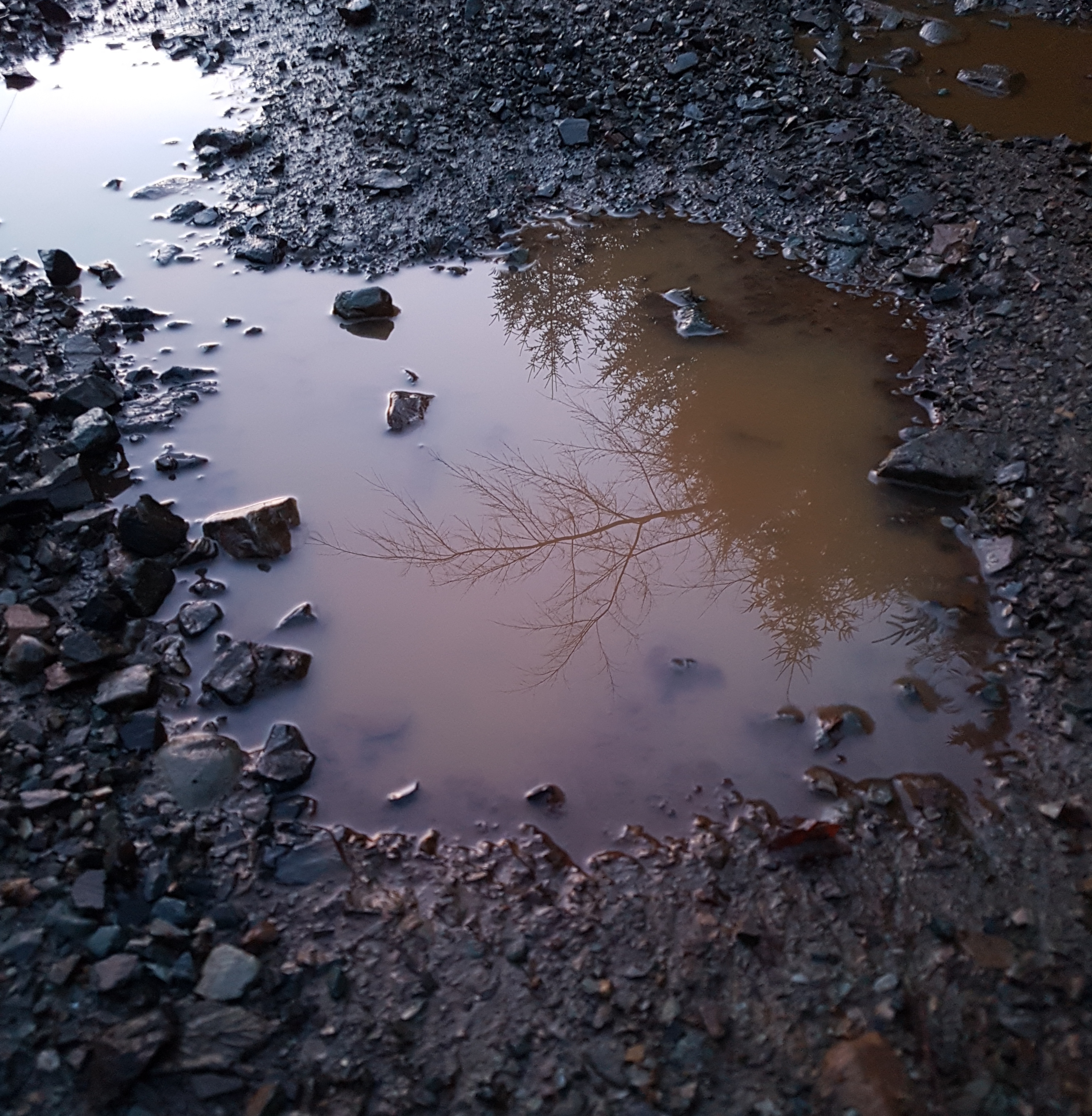 For some reason that I cannot quite explain, I found this linked news article incredibly funny. Apparently some scientists in Russia were using the cellular data networks and small phone-like devices to track eagle migration. They’d attach the devices to the eagles and use the network locations see where the eagles went. It’s a clever idea, and a brilliant repurposing of cellphone technology. However, they ran into a snag when the eagles promptly migrated to Iran and Pakistan, and started running up giant data roaming charges on the scientists’ accounts with their cellphone providers. Silly eagles:

The price per SMS in Kazakhstan was about 15 roubles (18p; 30 US cents), but each SMS from Iran cost 49 roubles. Min [a specific, named eagle] used up the entire tracking budget meant for all the eagles.

Arthur and I went to a kind of “community meeting” this evening. Apparently the City of Craig has imperial ambitions with respect to the denizens of Port Saint Nicholas Road (“PSN”). The denizens, however, are quite ambivalent about this. I would myself be inclined to agree that the city offers little of value in terms of improved services, given their fire department’s poor showing during the house fire next door in August (which currently they are legally obligated to provide despite being outside their tax base, but which they receive state monies to do, too, so it’s not like they are losing money on it).

Right now, the battle is about who really controls, owns, and is obligated to maintain the road. This is taking the form of the city’s “Ordinance 719,” which appears to be an unconstitutional “taxation without representation” proposition, wherein the city is allocating to itself the “extraterritorial” right to tax property owners along the road despite their not being voting residents of the city, in exchange for road maintenance – which the city is already legally obligated to do because of where they chose to site their water treatment plant. There are a number of dramatis personae: there’s the city (and specifically its hapless yet hubristic water department), there’s the tribal association (nominally non-profit), there’s the tribal corporation (for-profit, that owns all the non-parcelled land around Craig and PSN, and that originally built the road – it’s not, in fact, “public” in origin), and there are the helpless denizens themselves. At stake: the gobs of state and federal grant money lurking out there for whoever can control the road.

But the City of Craig’s long game is pretty obvious – they hope to undertake an expansive regional annexation into their taxable territory a la Ketchikan (which took over its entire island) or Juneau (which took over several large islands as well as the mainland and became the single largest city in the US in land area). Arthur finds the prospect sufficiently alarming that he was motivated to dislodge himself from his hidey-hole and go find out what was going on. There is a grassroots, community-initiated “legal defense fund” that has hired some lawyers to battle the city and their plans in the courts. So we attended the meeting and became better informed. Arthur donated money (“…pay voluntarily now to avoid paying [taxes] involuntarily later”).

My own opinion is slightly more ambivalent. I don’t share the majority of my neighbors’ instinctual distrust of government and visceral resentment of taxation. I can see that the city has, in this instance, been poorly managed and ham-handed with respect to their treatment of the PSN community, but I refuse to generalize this behavior to the potential of governments in general. My own instinct would be to counter Craig’s ambitions with a move toward a greater degree of counterbalancing self-government: at the least, one or more legally-empowered and -chartered homeowners’ association(s); at the most extreme, pre-emptive incorporation of Port Saint Nicholas as its own “city” (village, but “city” in the legal sense) to effectively “block” Craig’s expansion.

And on that note, I provide this photo of a member Port Saint Nicholas’ silent majority: the trees.

Today was shopping day. It rained most of the day, but we got our errands done in town. I made my chupe de pescado (Chilean-style fish chowder) for dinner.

From the archives, this tree was seen in Manitoba, in 2009. 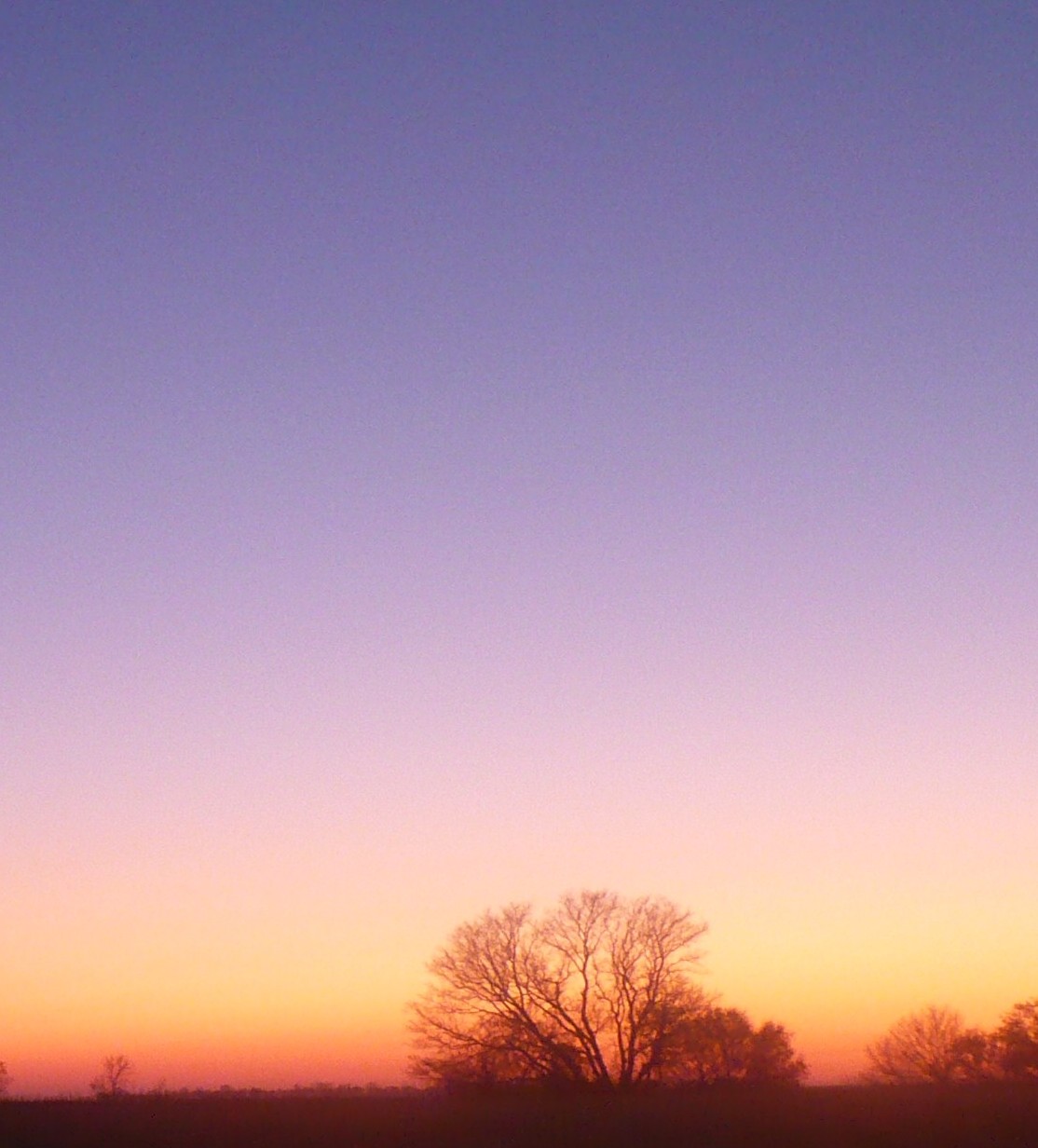 More trees than ever before! Plus there’s an eagle at the top of the dead one.

– a rhymed pair of tetrameter couplets, continuing the introspections of Kiamon, a fictional being.