I saw this tree beside a totem in Klawock.

One reason I enjoy my friend Peter’s company is that we both have a rather geeky, quasi-philological approach to the Korean language. This is not necessarily the best approach to language learning, but it is what it is.

Our neighbor Jeri brought by some home-made kimchi that had been given to her by another friend of hers. Just imagine: Alaska-made kimchi – such is globalization. To taste-test the kimchi, I broke out my stash of Korean style spicy ramen, of the famous brand 신라면 [sinramyeon]. As Peter and I ate kimchi with spicy instant ramen for lunch, we ended up speculating on the Chinese character, 辛, prominently displayed as the brand mark for the product, as in this picture below. 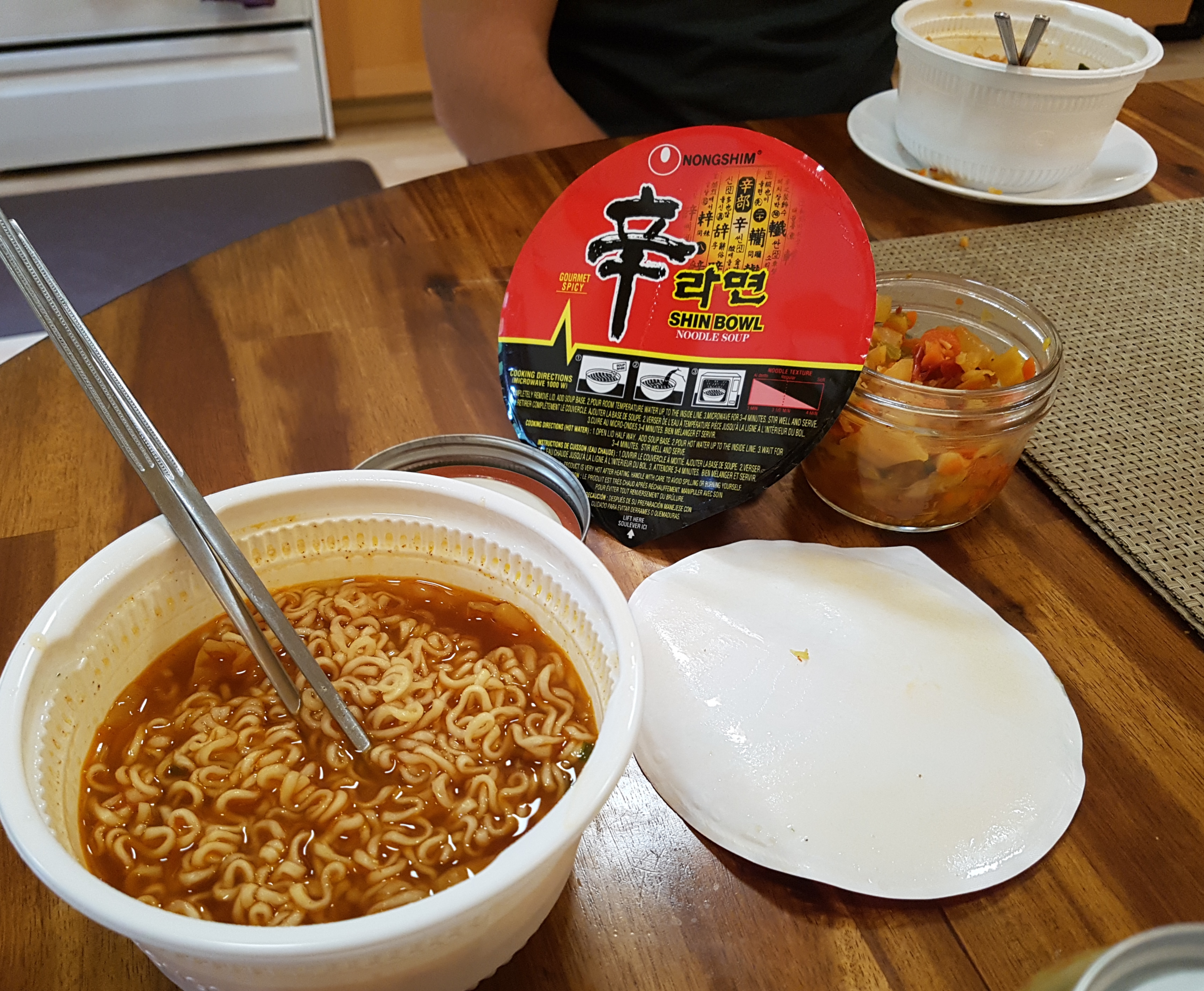 We both assumed it meant “new” – the most common stand-alone meaning for the Korean syllable 신 [sin]. I also speculated it might be a family name. But neither of those are the case. After a bit of searching on the online naver.com dictionary (the best online Korean dictionary) we found that in fact the definition is given as follows:

So in fact sinramyeon means exactly what the English label says: “spicy ramen.”

The kimchi, by the way, was quite acceptable.

Later, Peter and I drove down to Hydaburg, to look at totems and witness the isolated, mostly-native Haida village. We saw bilingual street signs. 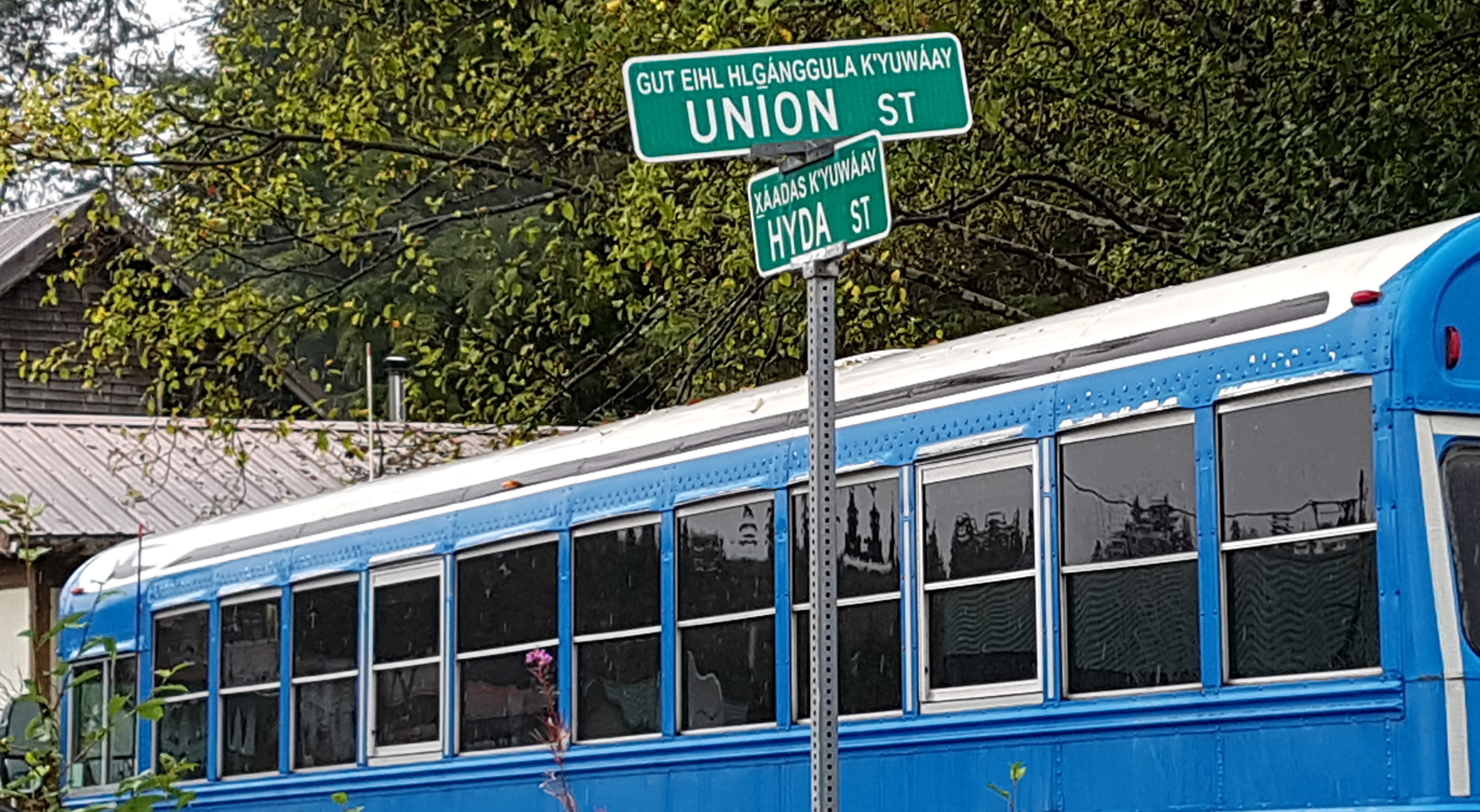 It rained all day.

After that, on the way back home, we stopped and saw the totems in Klawock, too. Peter gave a stump speech in the Klawock city park. 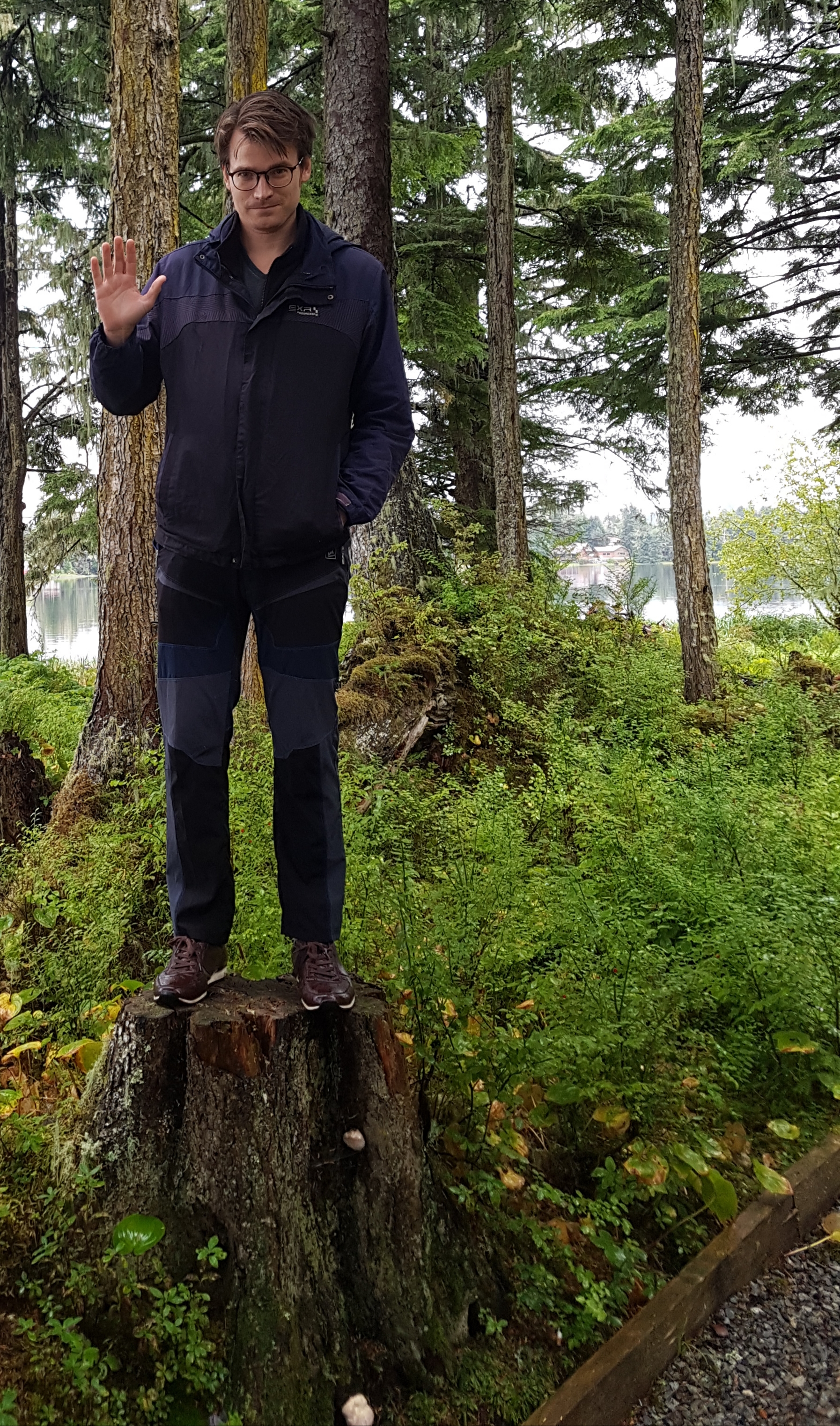