This is one of the trees on Lot 73, as seen from the dock. 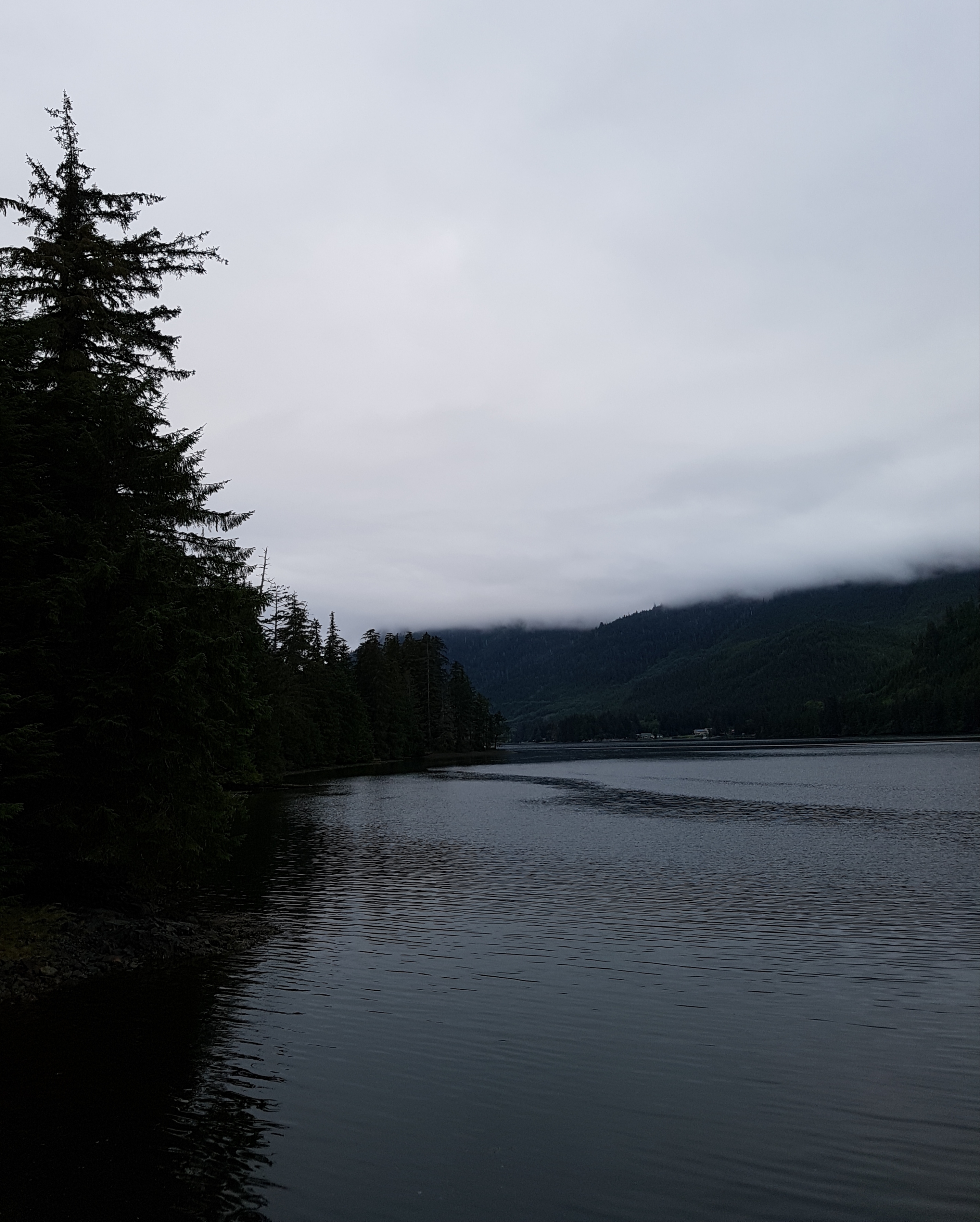 There’s a neighbor down the road, here, Jeri, who is very generous and kind. She sometimes just randomly checks in with Arthur and me, and I much appreciate it. Recently she sent me an email, asking, simply,

Hi Jared, how are you doing?

How do you think Art is doing?

I wrote a fairly involved response, and then it occurred to me that, given my well-documented capacity for over-sharing, I might as well also post that response here. So here it is.

I’m doing okay. Not great, but okay. I would say my biggest struggle is that I frequently feel that Arthur resents me, and resents my being here. I think rationally, he acknowledges he needs me here, but he is proud and independent and having to rely on me – on anyone – is hard to accept. Some of the problem is in my head, because more often than not it’s simply that Arthur resents ageing, resents his sense of limitations, etc. And it’s not that he resents me, specifically, it’s that he resents his situation – I’m just collateral damage. Trick question: how does one live and care for a misanthrope, without becoming one? That’s my ongoing challenge, sometimes.

How is Art doing? He is too often angry. I can’t solve that. I tend to just walk away and hope for the best, when I can, but sometimes I can’t. Art has a “social face” he puts on, and so others don’t see it so much, but when it’s just him and me, he’s extraordinarily grumpy, quite often. That’s probably good, in that he’s not hiding from me, but it’s hard to take.

I don’t see Arthur as irrationally depressed. His depression – such as it is – is a rational response to the frustration of his situation. What’s missing for Arthur is any willingness to try new approaches, mental or physical, to deal with depression or frustration. “Can’t teach an old dog new tricks.” He will stubbornly stick the “tried and true” even though that’s not working for him. He will try the same thing over and over again. This was true even before the head injury last year. What’s changed is his increased fragility, both physical and psychological. That increased fragility means he could stand to benefit a great deal more from an openness to new solutions than he might have once benefited. But there’s simply no openness to anything – there is only one way to solve any problem. That’s hard.

My own past struggles with endogenous depression in my 20’s and 30’s, and with cancer 6 years ago, gave me two things: 1) a set of strategies for dealing with anxiety, frustration, and depression (these include meditation, affirmations, exercise, etc.), and 2) an openness to trying other new strategies when current ones aren’t working out. I appreciate your videos – they give some excellent suggestions.

That doesn’t mean I’m always perfect at coping. I have been feeling overwhelmed, sometimes. But I retreat into my creative pursuits (both visual arts and writing), or take a walk, or, rarely, I’ll confront Arthur on his obstreperousness.

Thank you for taking the time to check in – it’s hugely appreciated! Both Arthur and I have hermit tendencies, and it’s easy to get lost in our little world, here.

ADDENDA: As long as I’m over-sharing, I decided to add some other observations on the nature of Arthur’s and my interactions. To emphasize, these are my problems, not his, at least in the sense that any solution might be forthcoming.

1) On violent anger – when Arthur gets angry, he has a violent temper. I remember finding him quite terrifying when I was a child, when he was angry. This issue is moderated to a huge degree by the fact that as far as I have experienced, he never gets angry at people – he only gets angry at things that don’t behave the way he wants. But when the physical world proves uncooperative, he will cuss, yell, throw things, kick the wall. It’s quite disconcerting. Once, when I was a child, he put his fist through a wall in our dining room, while working on some project. The issue nowadays is that as he becomes more frail and less physically and psychologically coordinated, opportunities for him to explode in anger at the frustrating intransigence of inanimate objects increases. And although, as I mentioned, I do not specifically fear his anger, it is nevertheless deeply unpleasant to be around.

2) On competence – Arthur is deeply skeptical of the idea that I am competent at things. This is because, as my mother put it once in conversation, he sees me as “six going on fifty.” That is, he still sees me, at least somewhat, as the child I once was to him. And certainly it is true that our fields of competence don’t overlap well. He is an engineer and a master of using machines to solve problems – helicopters, power tools, whatever. I am much less comfortable with power tools, and certainly that shows. But I am nevertheless much more competent than he gives me credit for. Often, too, he misinterprets my hesitancy around tools and projects as a lack of confidence (and thus, too, lack of competence) when in fact it’s just that he’s failed to communicate to me (see “communication,” below) his concerns or intentions, and I don’t want to go against his judgment. The result of this is that in fact being around Arthur lowers my overall competence, in real terms. There are things I know I can do well – if requiring my taking my time – that I consistently screw up in his presence, because he hovers, he tries (and fails) to instruct, he criticizes. One common example is in the area of backing up trailers.

3) On communication – A strange thing has evolved, here. About a month ago, Arthur finally got hearing aids. Yet the only result of this has been a exponential increase in my annoyance with him. This is on me, I acknowledge, but let me complain. Before he got hearing aids, I found myself often having to repeat myself around him, and communicating with him was a struggle – both to be heard and because he also has long-standing issues with saying what he intends in any given situation. He’s not a verbal person, and combined with hearing loss, he’s even less so. But now that he has hearing aids, the “feel” of the situation has changed. He’s got hearing aids, but he’s not using them. And he’s not open to advice to use them, either. This is not uncommon with people who first get hearing aids, but it really pisses me off. Suddenly his difficulty in understanding me has an element of willful disregard. He could understand me, if he chose – just put in the damn hearing aids! The fact that he doesn’t means (to me) that he doesn’t want to understand me. He doesn’t give a damn what I have to say. And that makes communication even more fraught than before.