All hopes and dreams floating around.

Today is Hiroshima Day. On this day 74 years ago, a lot of stuff was destroyed, in a new and exciting way. Lives were lost, too.

Mostly unrelatedly, I had a kind of epiphany today, about Arthur and I having diametrically opposite connections to “stuff.”

Arthur sees himself as parsimonious with respect to possessions (this is debatable, but not relevant to following point). In contrast, I see myself as profligate with possessions – I have a lot of “stuff,” much of which isn’t really so necessary to my sense of well-being. Arthur’s feeling, on the other hand, is that he has few possessions, so each item counts for a great deal. This leads to our very different emotional responses to losing things. When I lose something, I may have a moment of annoyance, more at my own absent-mindedness than anything else, but I’ll pretty quickly move on, I think. I tend to think in terms of replaceability, and focusing on the simple fact that I have so much stuff, I grant that individual things are not actually that important. For Arthur, however, a lost item is a crisis. And it’s nearly impossible for him to let something go, once lost. He has dedicated entire cummulative DAYS to worrying about and looking for a lost hammer that was mislaid in February, and which is replaceable for $8.99 at the hardware store. But once a week, he’ll bitch to me about his missing hammer.

There is an end irony, though – setting aside the above, and as I hinted at starting out: in strictly quantitative terms, Arthur has much more “stuff” than I have ever had. Consider that his house is full of his stuff, while he’s alotted to me the north half of his attic along with 200 square feet of his front yard. I fill these spaces to clutter but they are fairly contained. And he complains that I have too much stuff.

Here is a picture of the neighbor’s rooster, in the yard between Arthur’s kerosene tank and my “studio” (a big plastic tent for storing stuff). 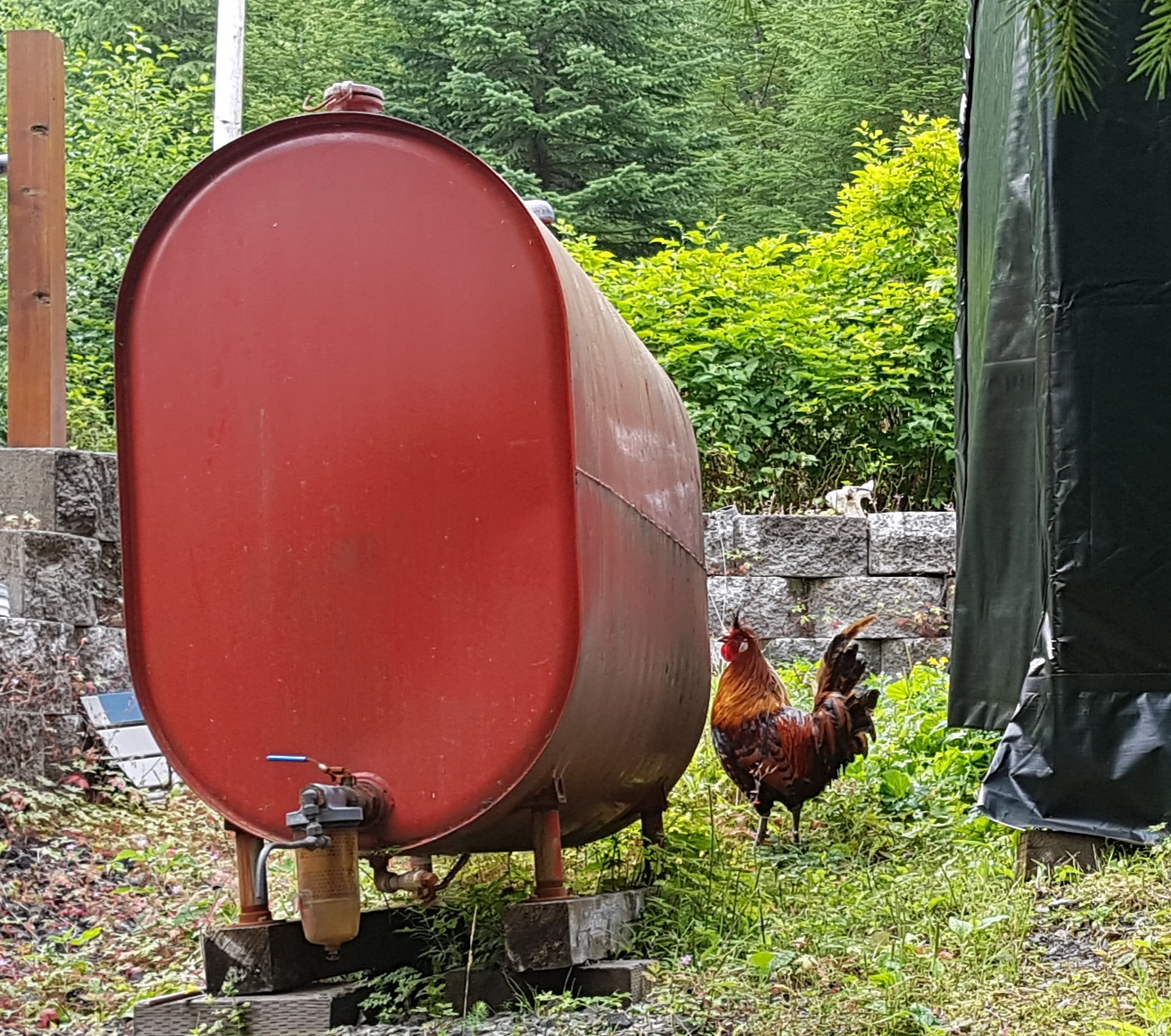 Here are the neighbor’s geese on the east side of the house.

Here is an island with fog behind it and an island behind that.