This tree is down by the river’s mouth. 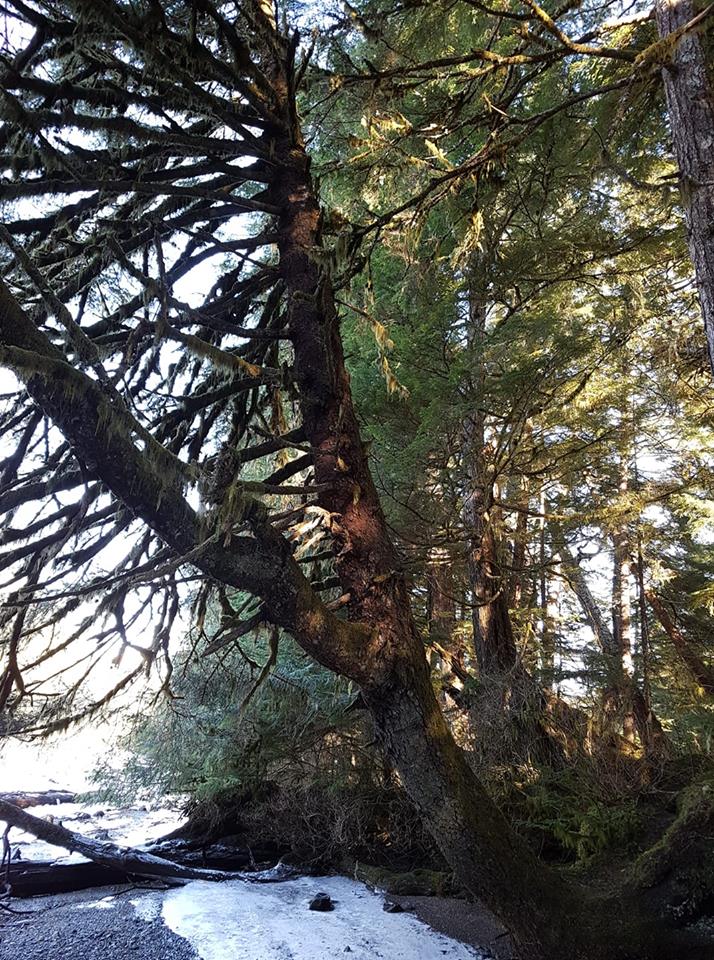 I haven’t been posting much of this type of thing, in recent months – since my change in lifestyle with the move to Alaska. But I still read several economics blogs, and I think this is very interesting and insightful.

Very high top tax rates are a means of encouraging “predistribution” rather than the tax part of tax-and-transfer redistribution. Their purpose, their very point, is to create those “agency costs” that economists from the 1970s until now have derided and demanded be ruthlessly excised from corporate practice. But every “agency cost” to shareholders is income to someone else, whether that takes the form of luxury offices and stupid jet travel for firm managers or better work conditions at higher pay for more employees. The ideologically tendentious presumption of the economics profession post-1970s has been that agency costs yield no real benefits, that they look much more like luxury offices for the C-suite than predictable schedules for service workers. But that was always just presumption, and historical experience does not support it. It is, I will admit, not a slam dunk case, it is only suggestive, that the ruthless efficiencies of contemporary labor markets and the shattering of union power happened just after we, in relative-to-prior-period terms, dramatically subsidized payouts to shareholders over other uses of funds. But it is suggestive. And it is plausible that “Treaties of Detroit” and Bell Labses, that corporate practices generally which favor workers, customers, and other stakeholders, are easier for companies to “afford” when shareholders have to give up less to purchase them. Which is precisely the effect, in the most basic economic terms, of taxing payouts to shareholders heavily. – from the blog interfluidity

The point above is that by lowering the capital gains and top tax brackets in the 80s, this encouraged companies (via giving incentives to owners and management) to reduce “agency costs” – which weren’t just perks for managers but also perks for regular employees – things like healthcare, living wages, etc. So the tax cuts of the 80s drove the creation of the new, low-perk, low-security workplaces that we see today.

This morning I saw my brother Andrew off at the Klawock Airport.

Here is a slightly fuzzy photo taken by Arthur. 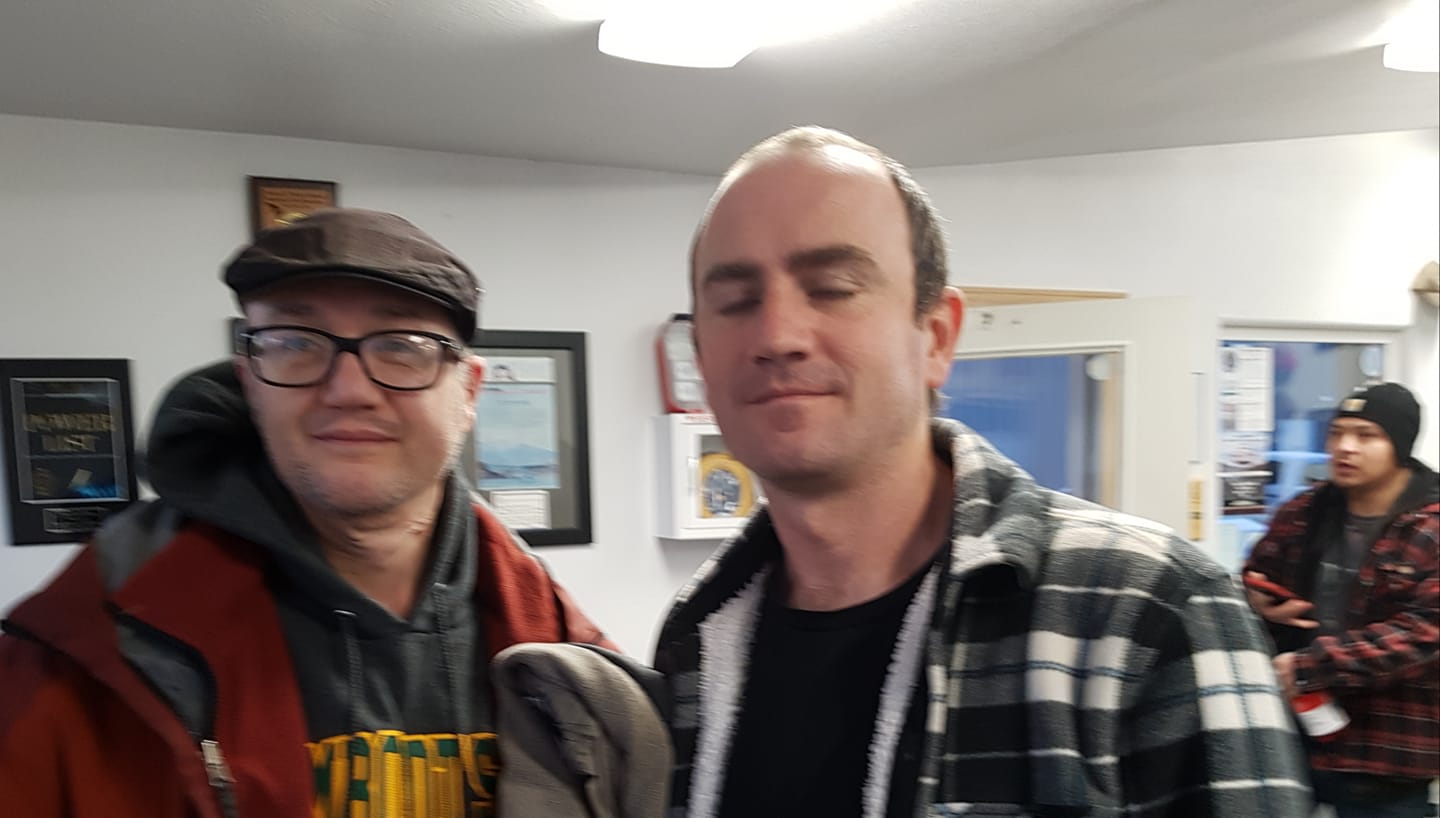 Yesterday, Andrew and I tried out my ice skates on the frozen pond at the place beside the road that I call “Rockpit City Park.” Of course, he’s a much better skater than I am – even in skates that were a bit too small for his feet. 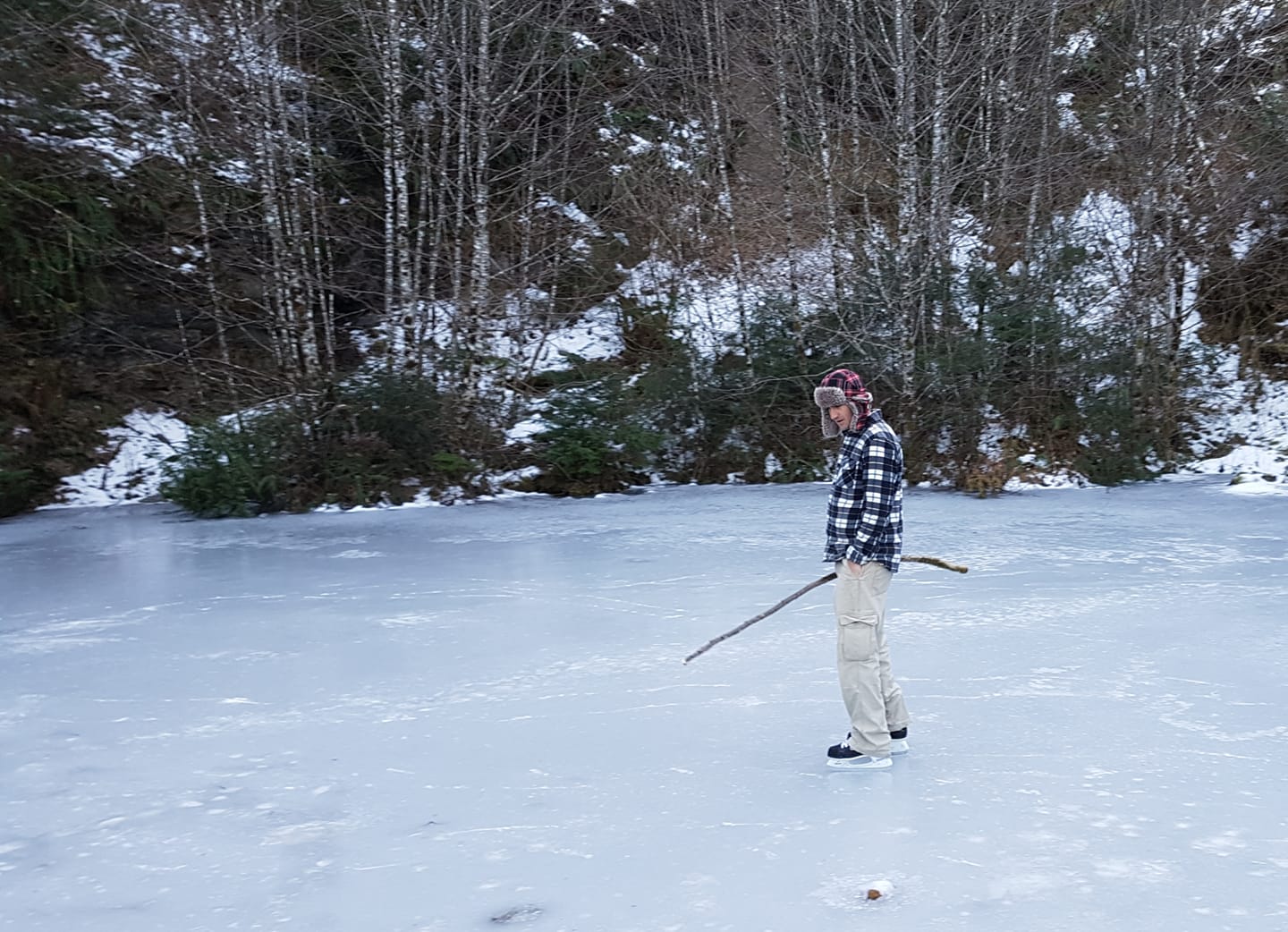 Later, when Arthur and I took a daily walk down the road, I took this picture of a mountain peeking out beyond trees beyond the road. 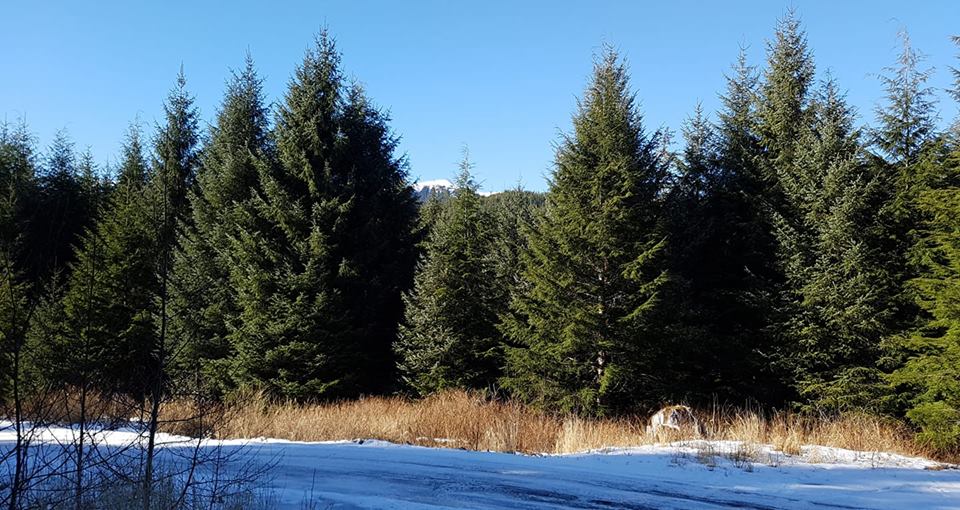 dawn climbs over here
leaving behind over there
licking her fingers

This is kinda faking it, for a tree. It used to be a tree, right? Or if that doesn’t work for you, you could select one of the ones in the background. 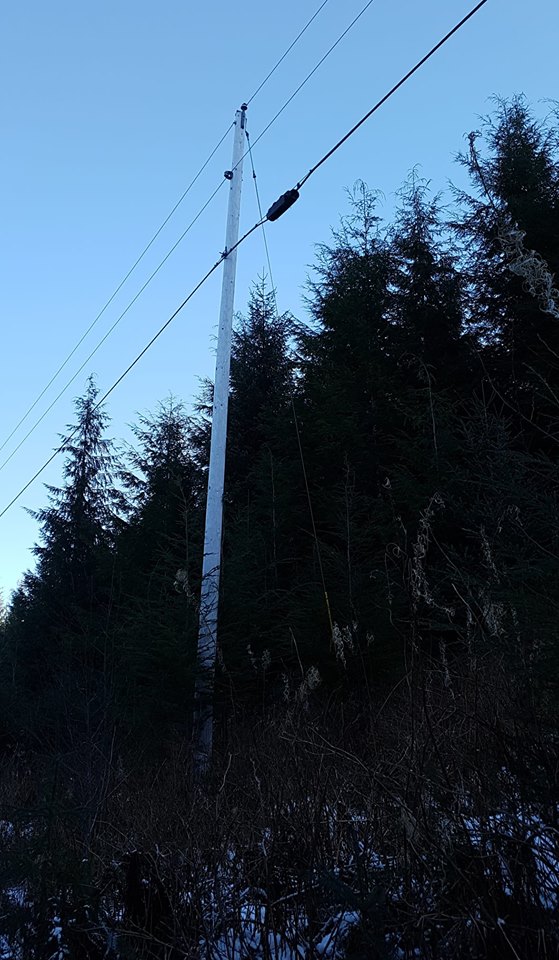 Before dawn we went
and pulled the boat out and up;
the light struck water.

This tree is one of the ones I’m thinking I’ll attach my treehouse to. I’ve laid the board up there to get a feel for how it might fit. 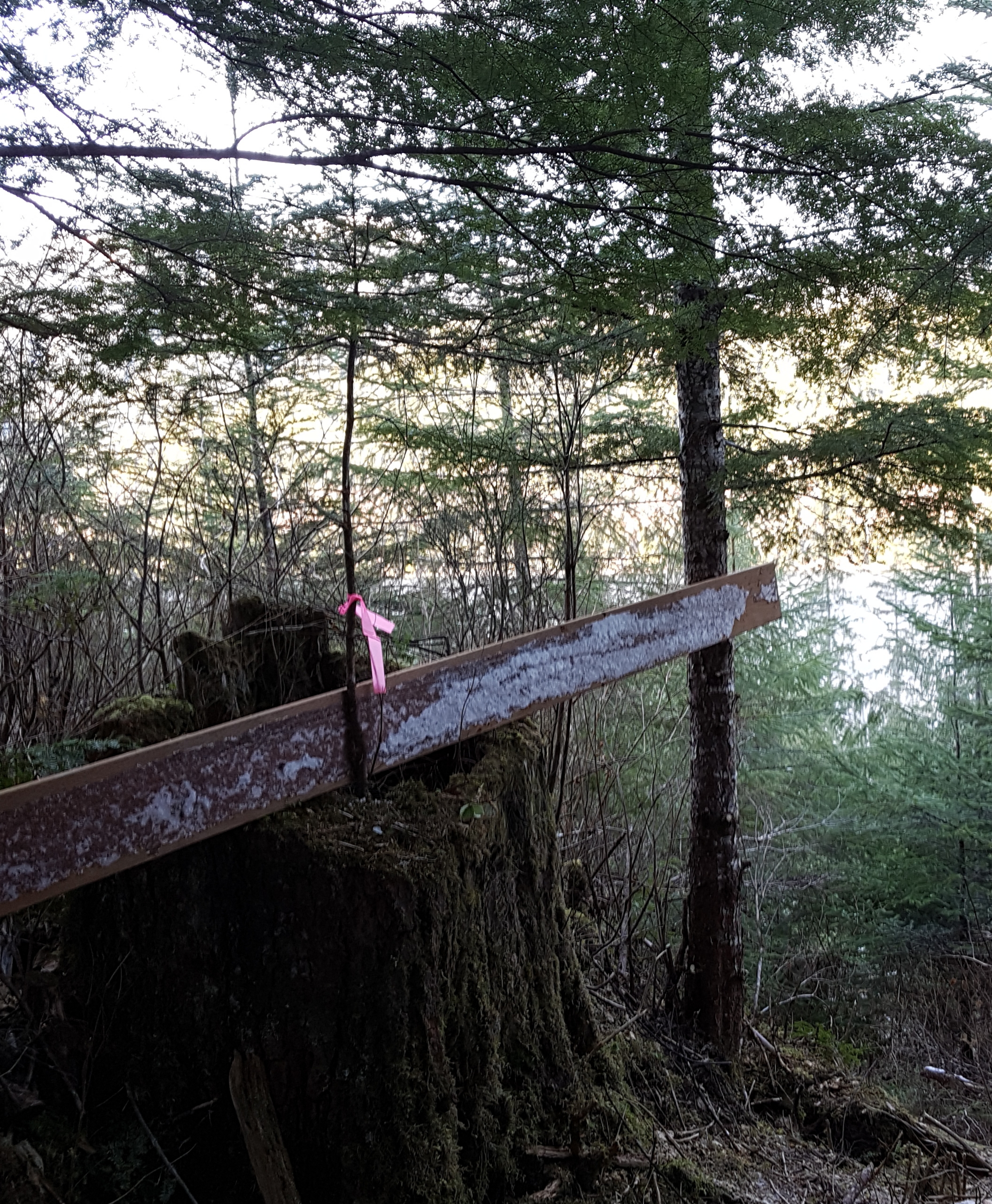 Oatmeal for breakfast
which has become the habit –
that and my window.

Here is another tree from today’s walk. 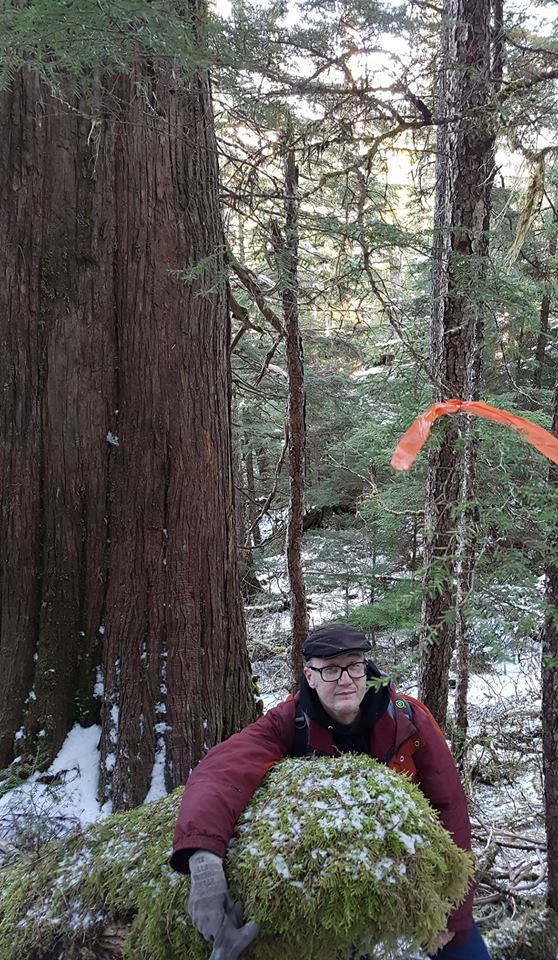 Today my brother Andrew and I took a hike. We went out into the “backyard” – which is to say, up the mountain behind my uncle’s house. There is no trail. Nothing. People don’t go up there, for the most part – except every few decades to log trees, and occasional hunters.

We just kept walking uphill. Mostly a southward bearing, leaning a bit southwestward. I used the GPS on my phone to take regular bearings, every few hundred feet. And we tied plastic ribbon on branches to mark our path, too, which was useful for finding our way back down the hill.

Here is a screenshot of the navigation app I used, with all the little pink waypoints. 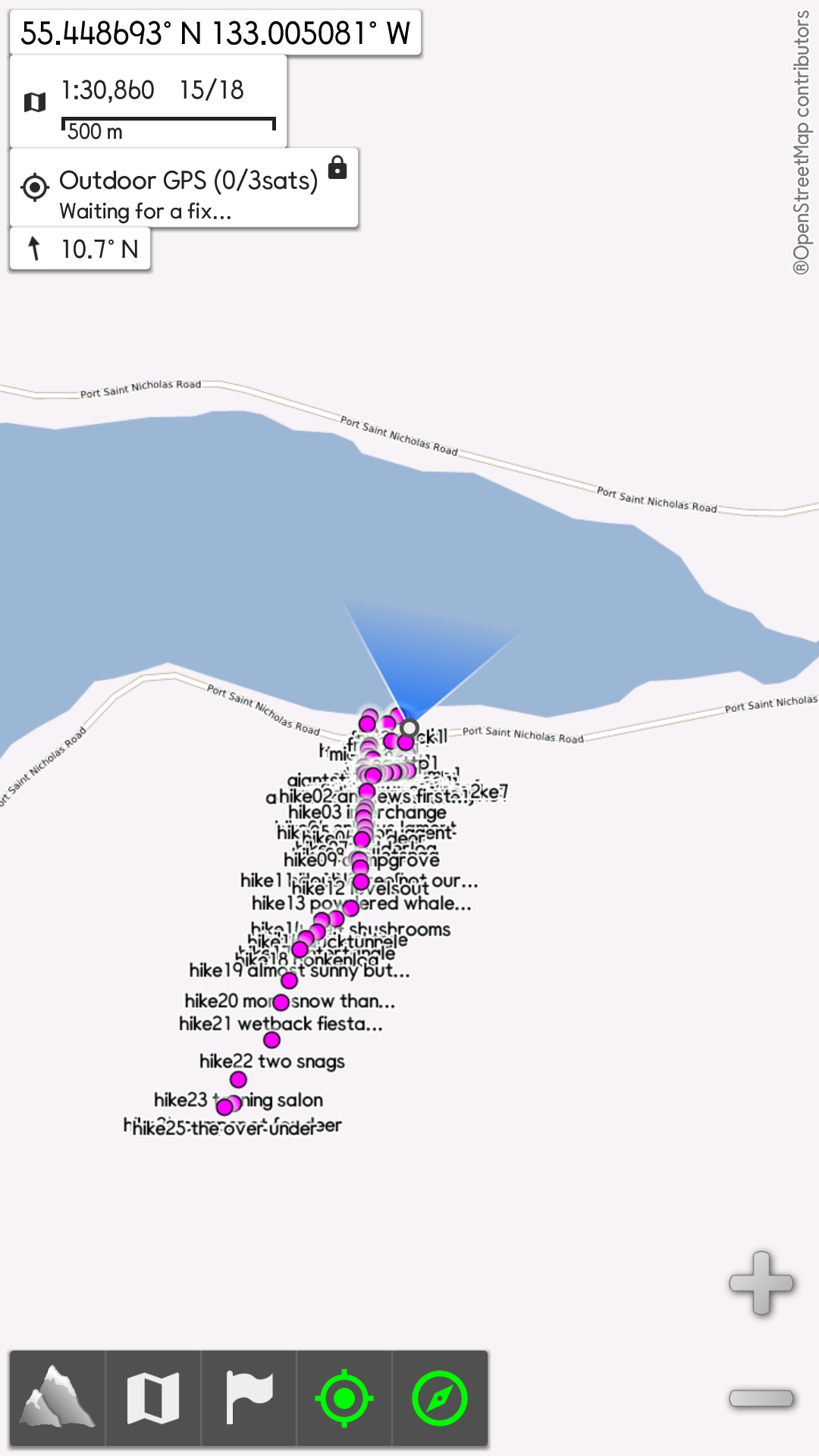 I took some pictures, and so did Andrew. The hillside got snowier as we went up, but easier, too, because even deep snow is easier than the really thick underbrush of the lower slopes, and once you get into the old growth trees higher up, there is much less underbrush. 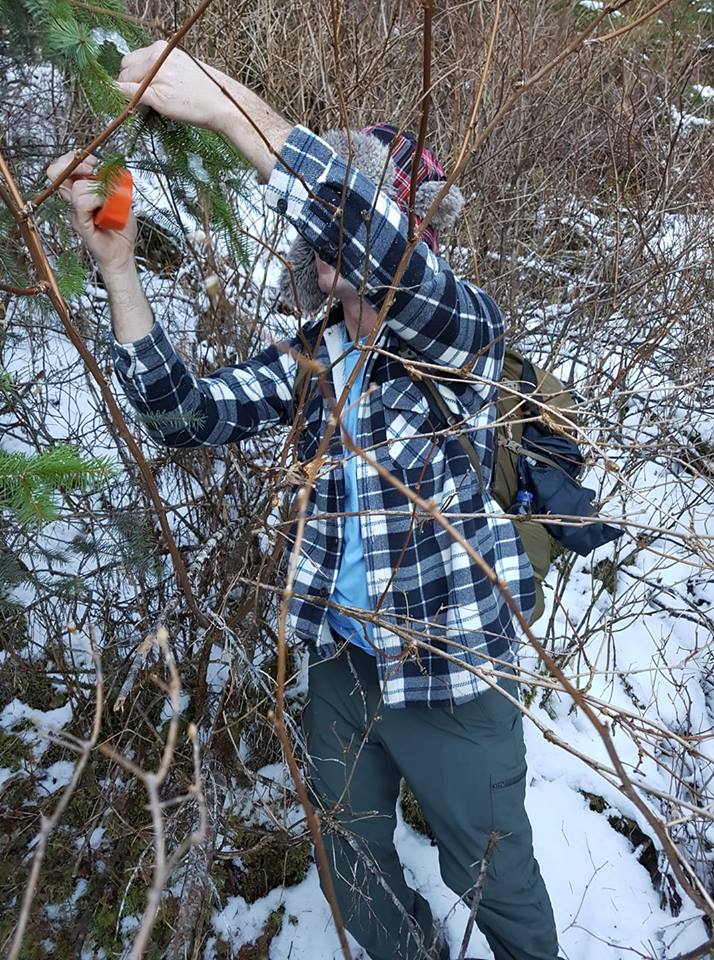 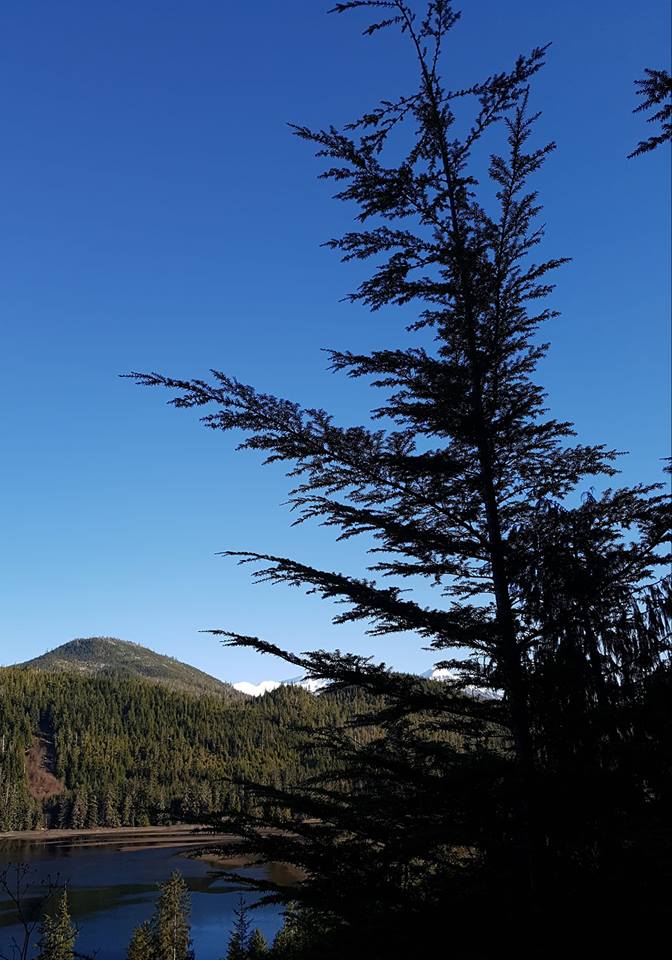 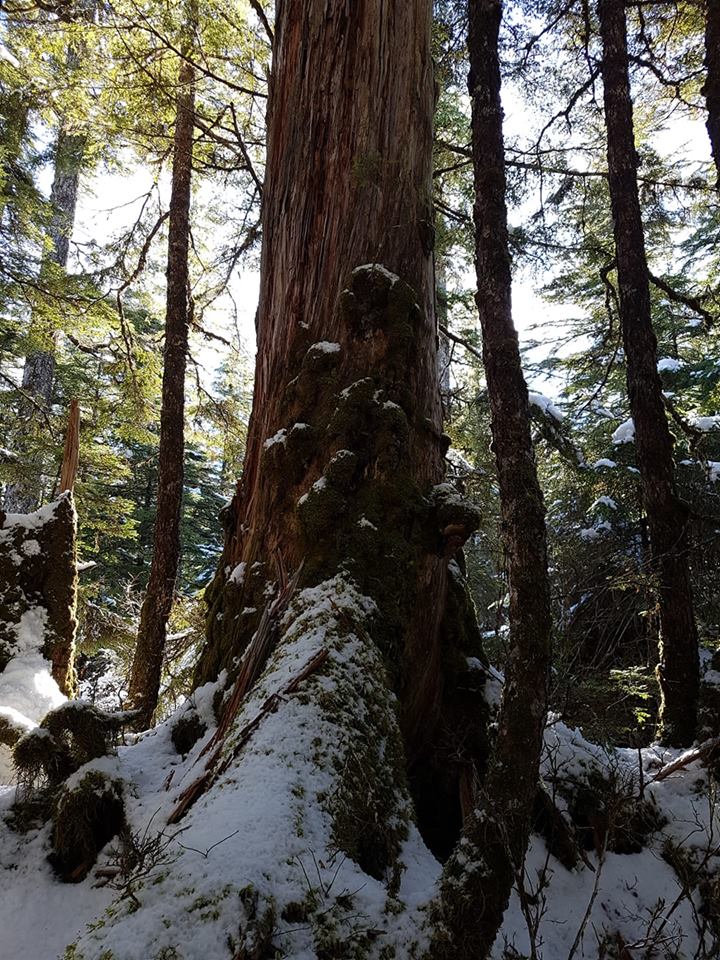 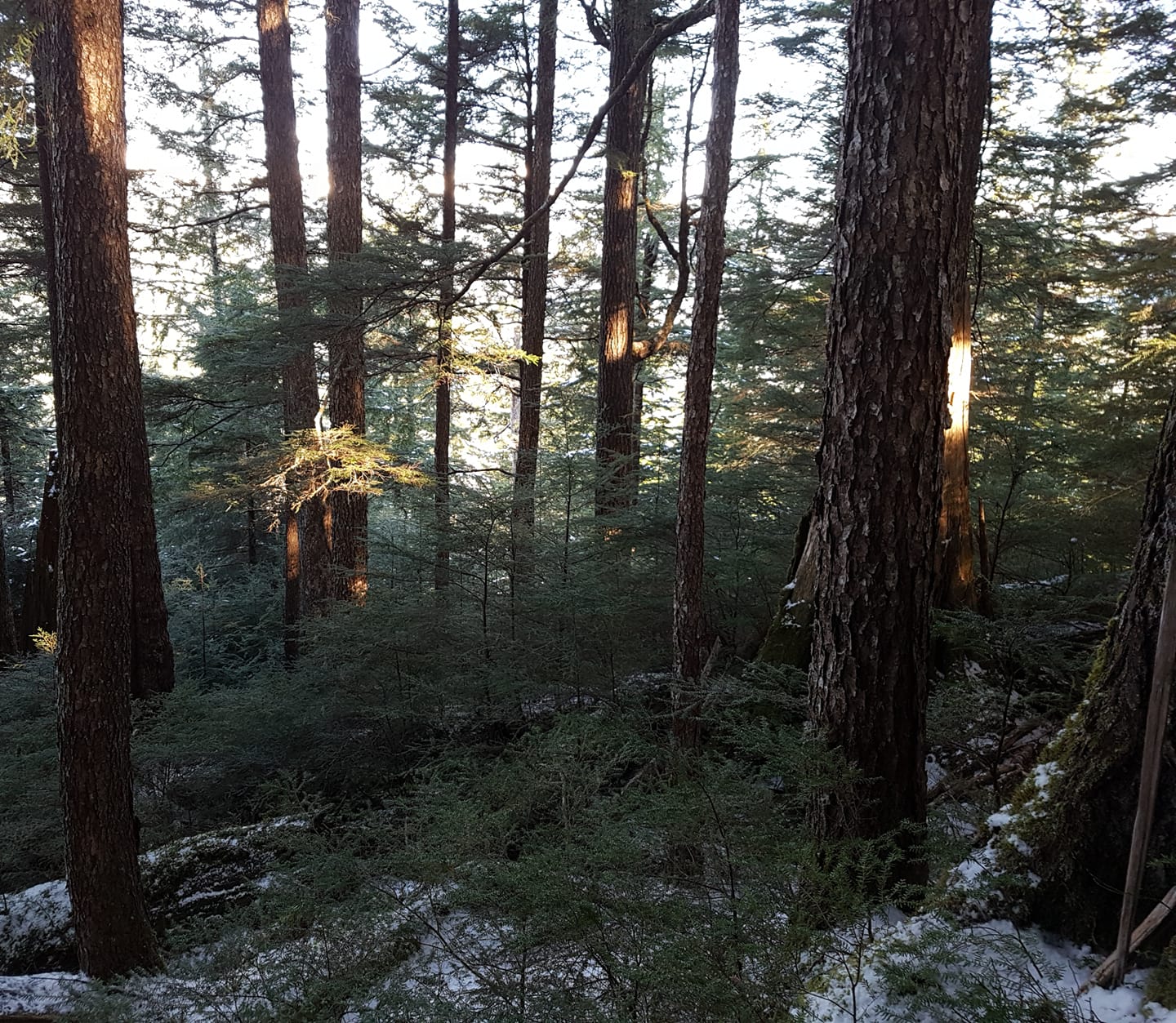 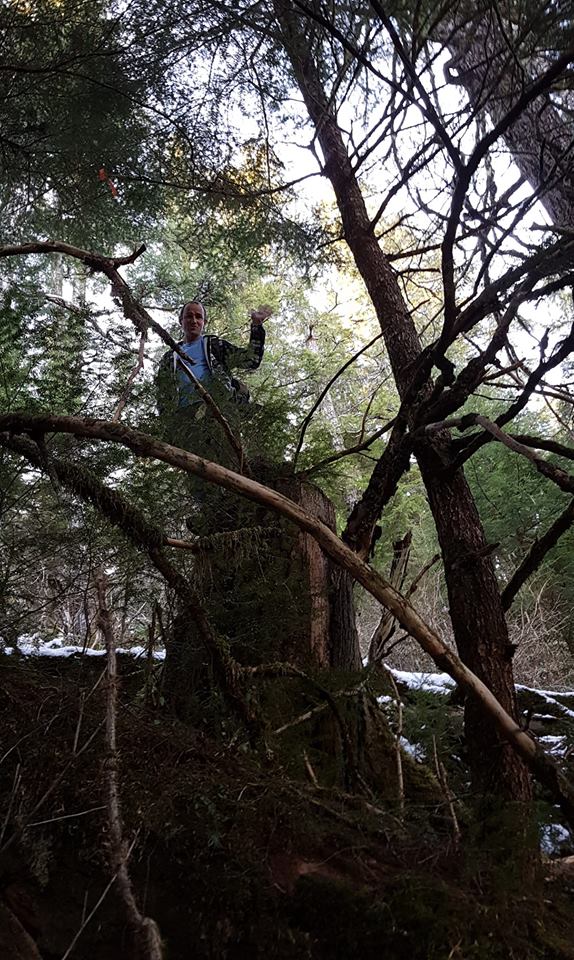 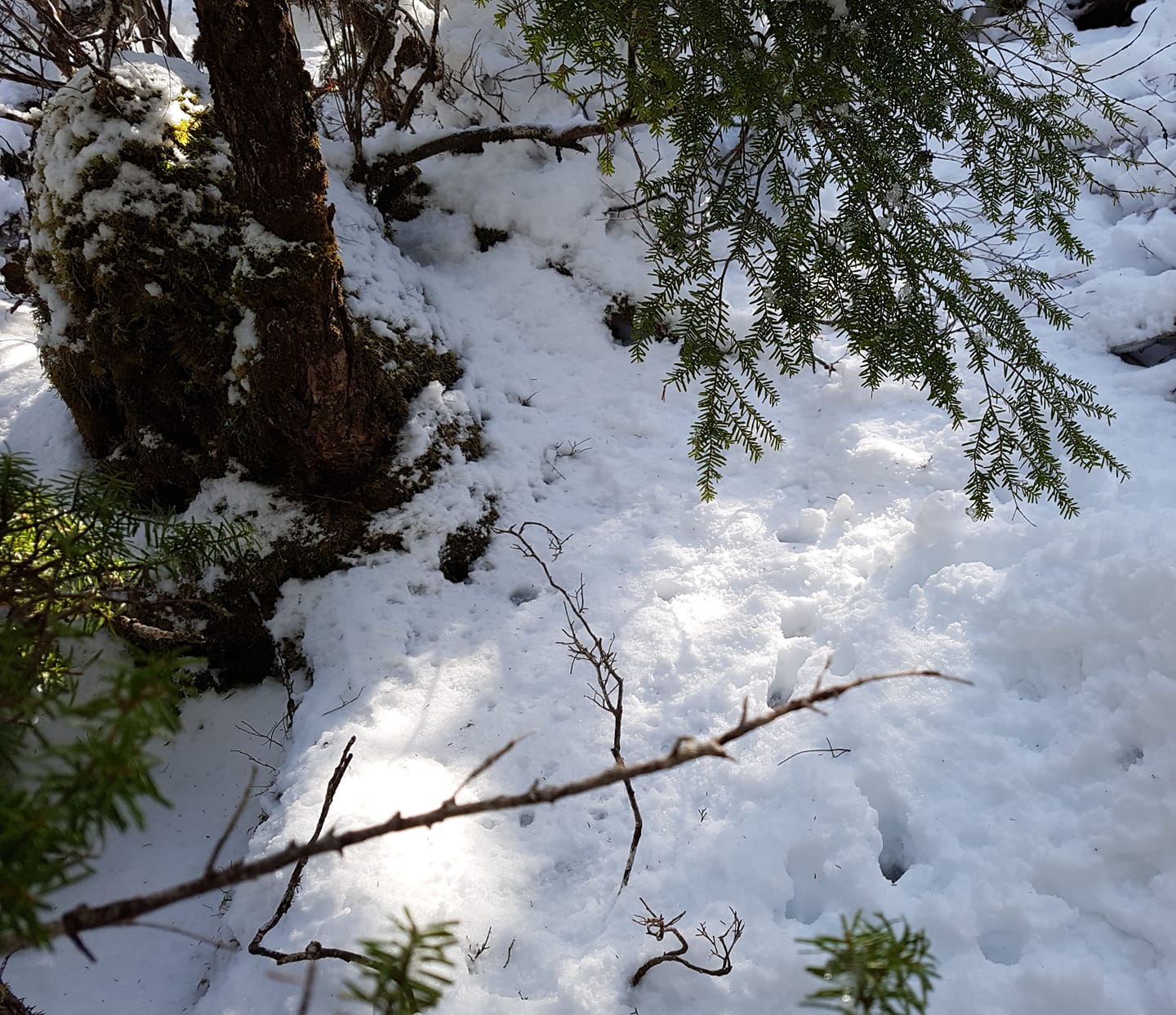 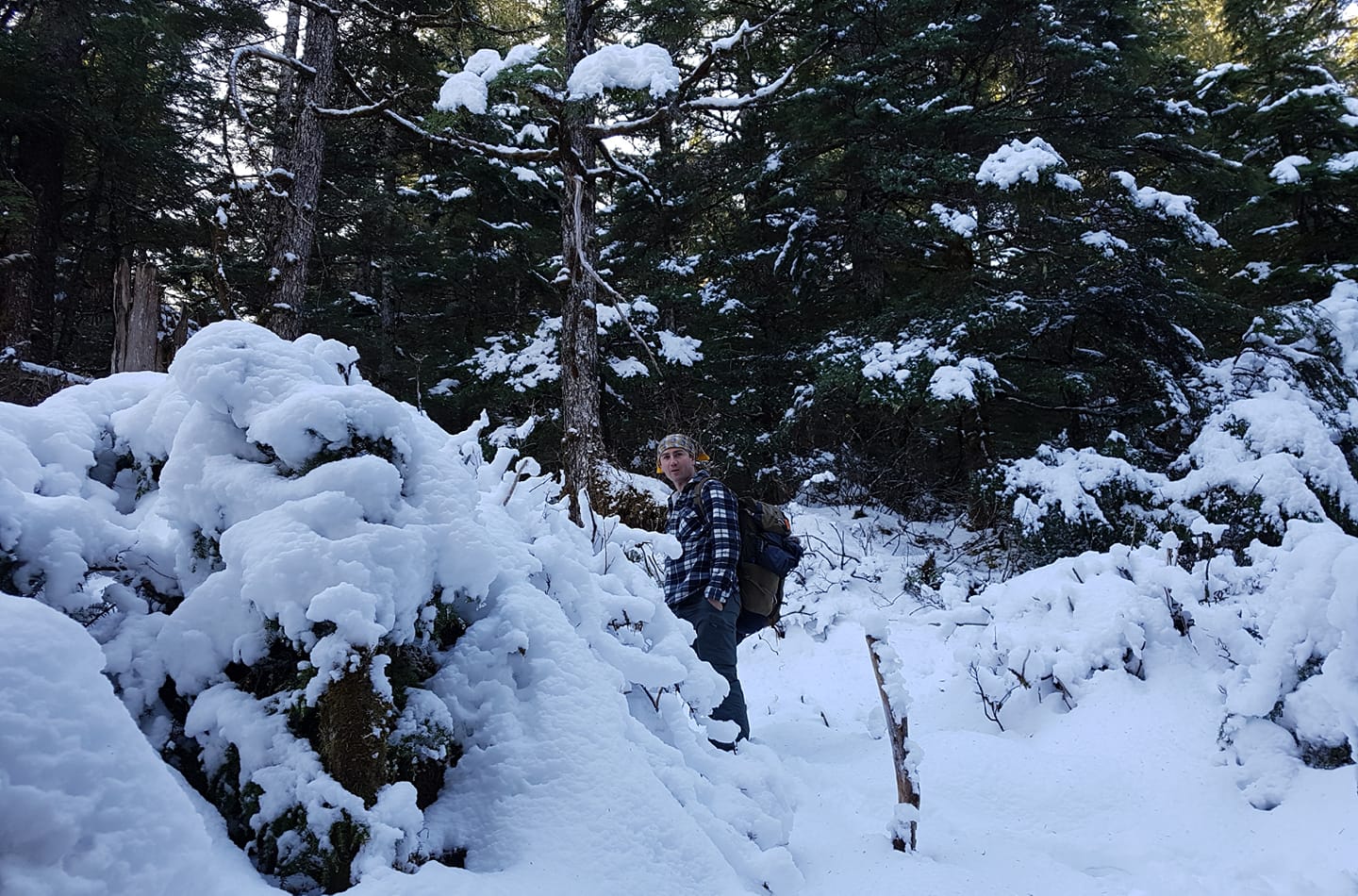 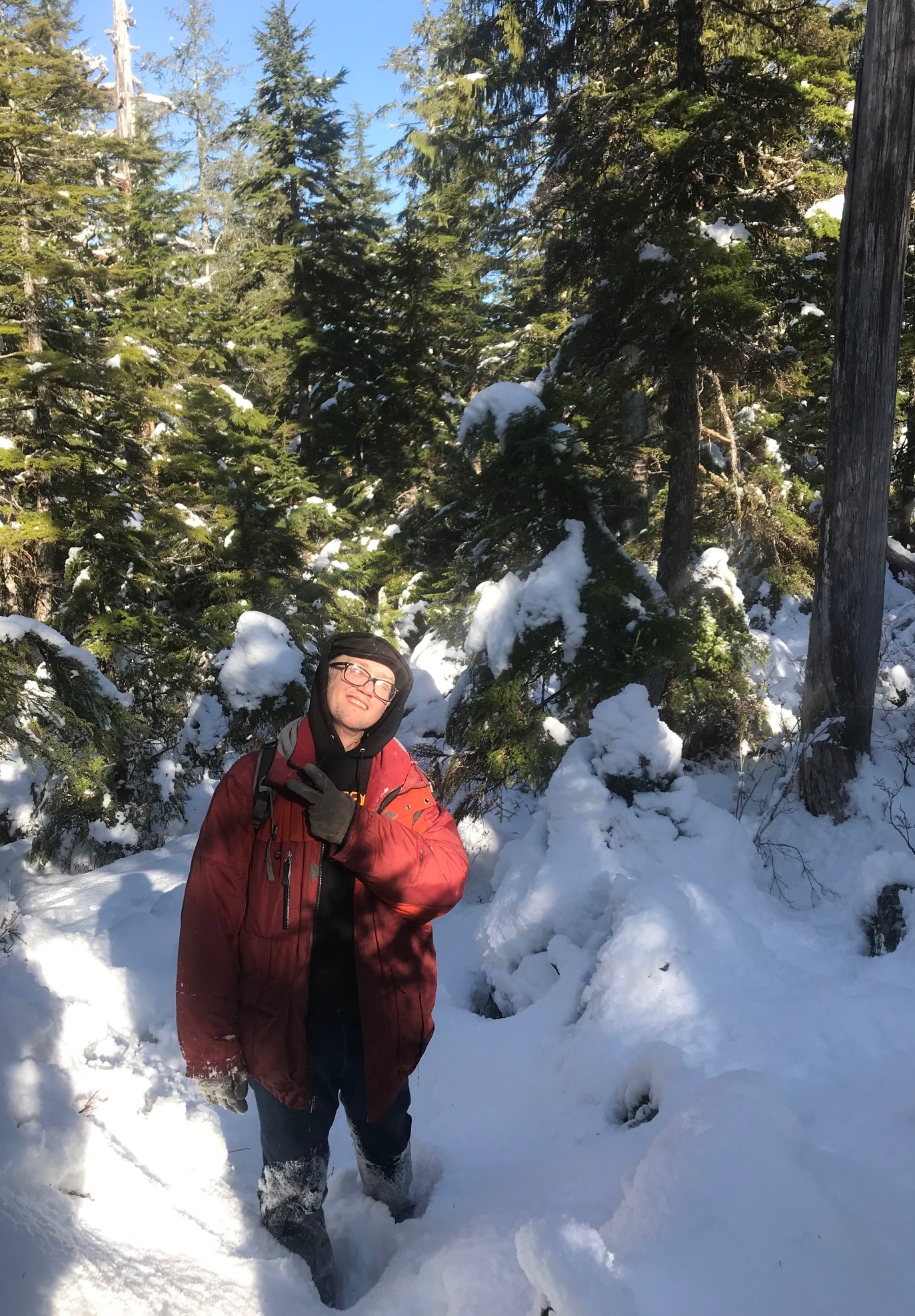 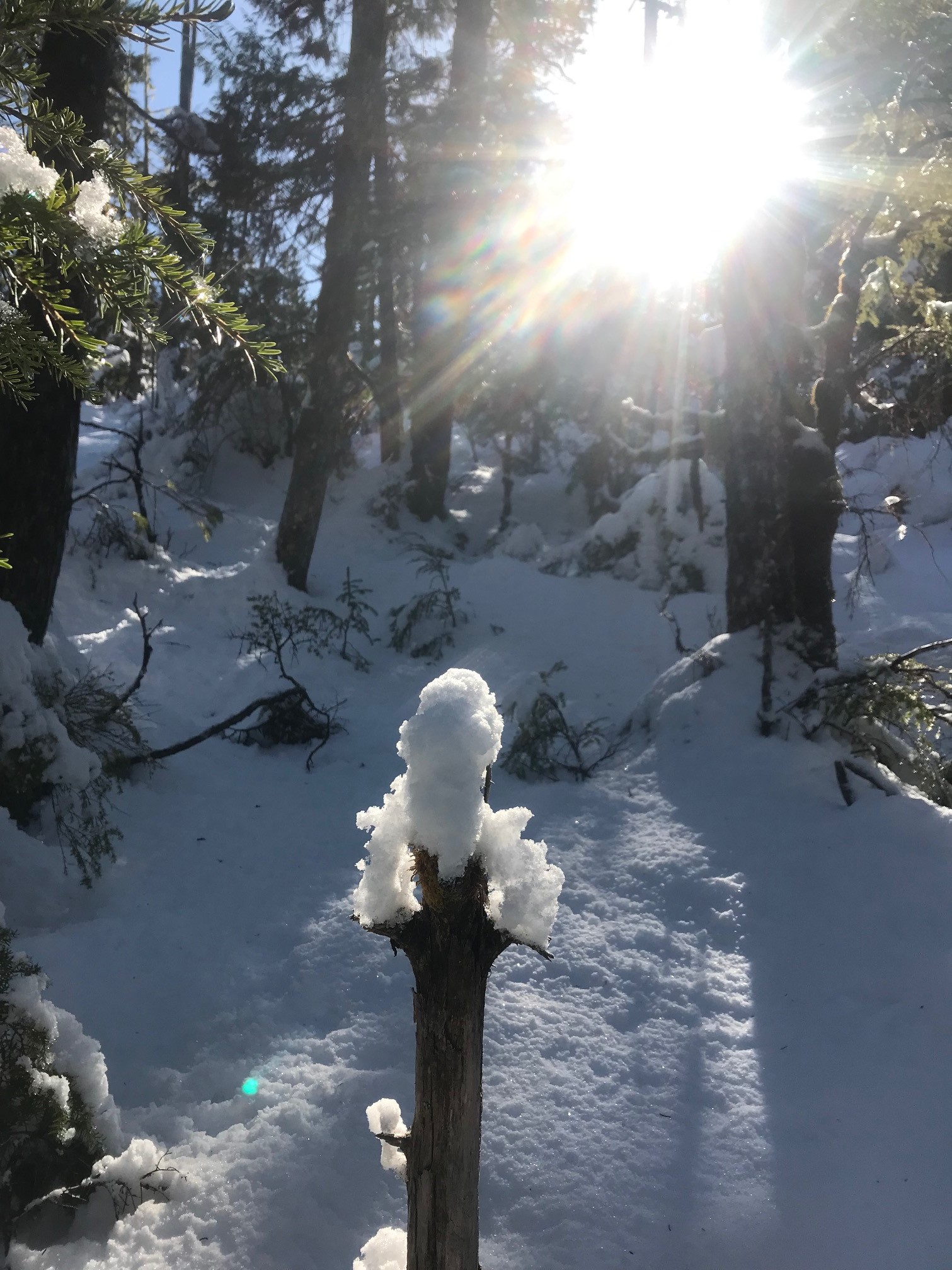 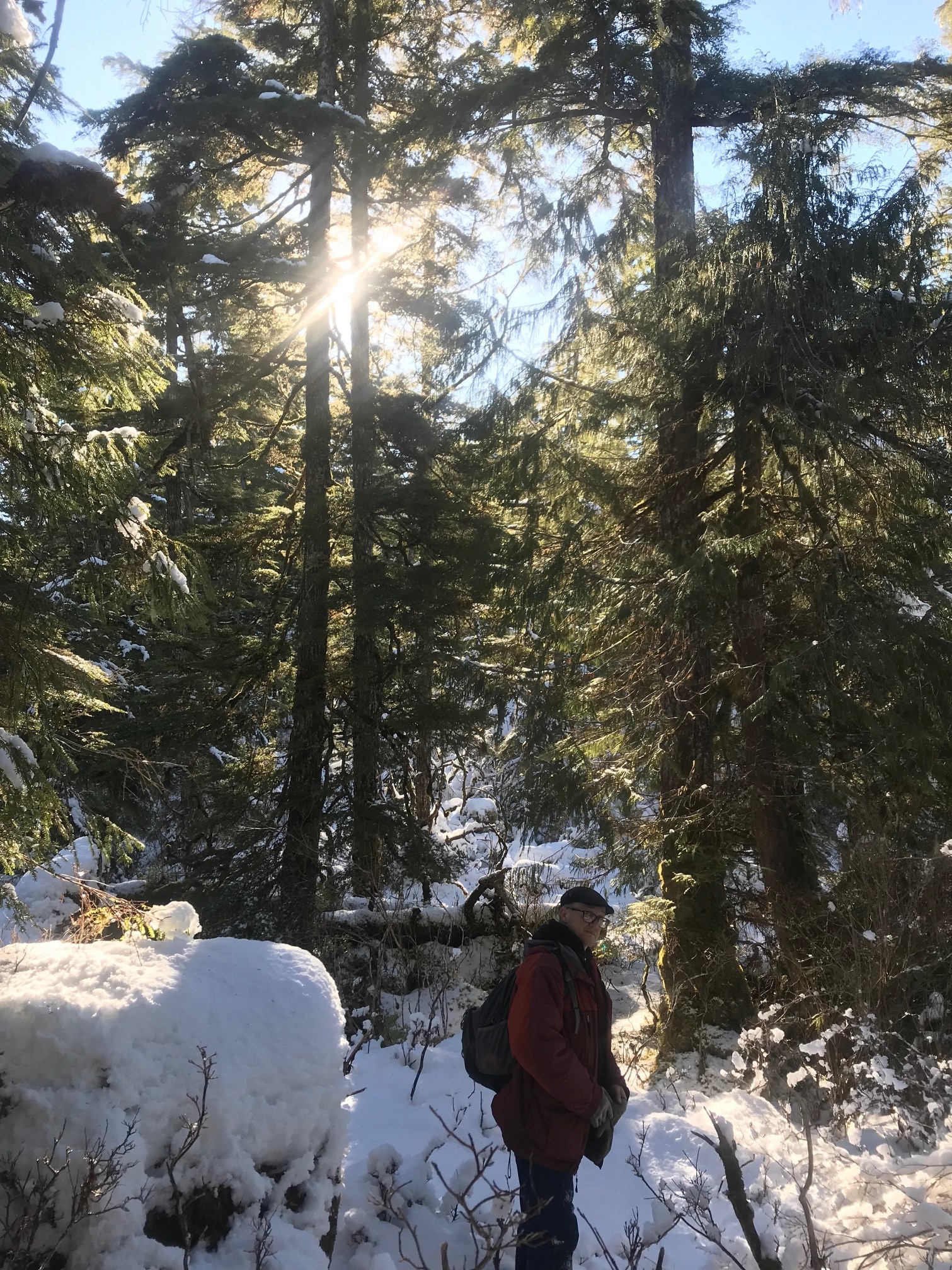 the demons dwell there
those spaces beside potholes
snapping at machines

A tree with Art & Andrew seated near its base.

The mountain is pink
where the gold sun finds its snows
and the air shivers.

Here is a tree I saw yesterday. 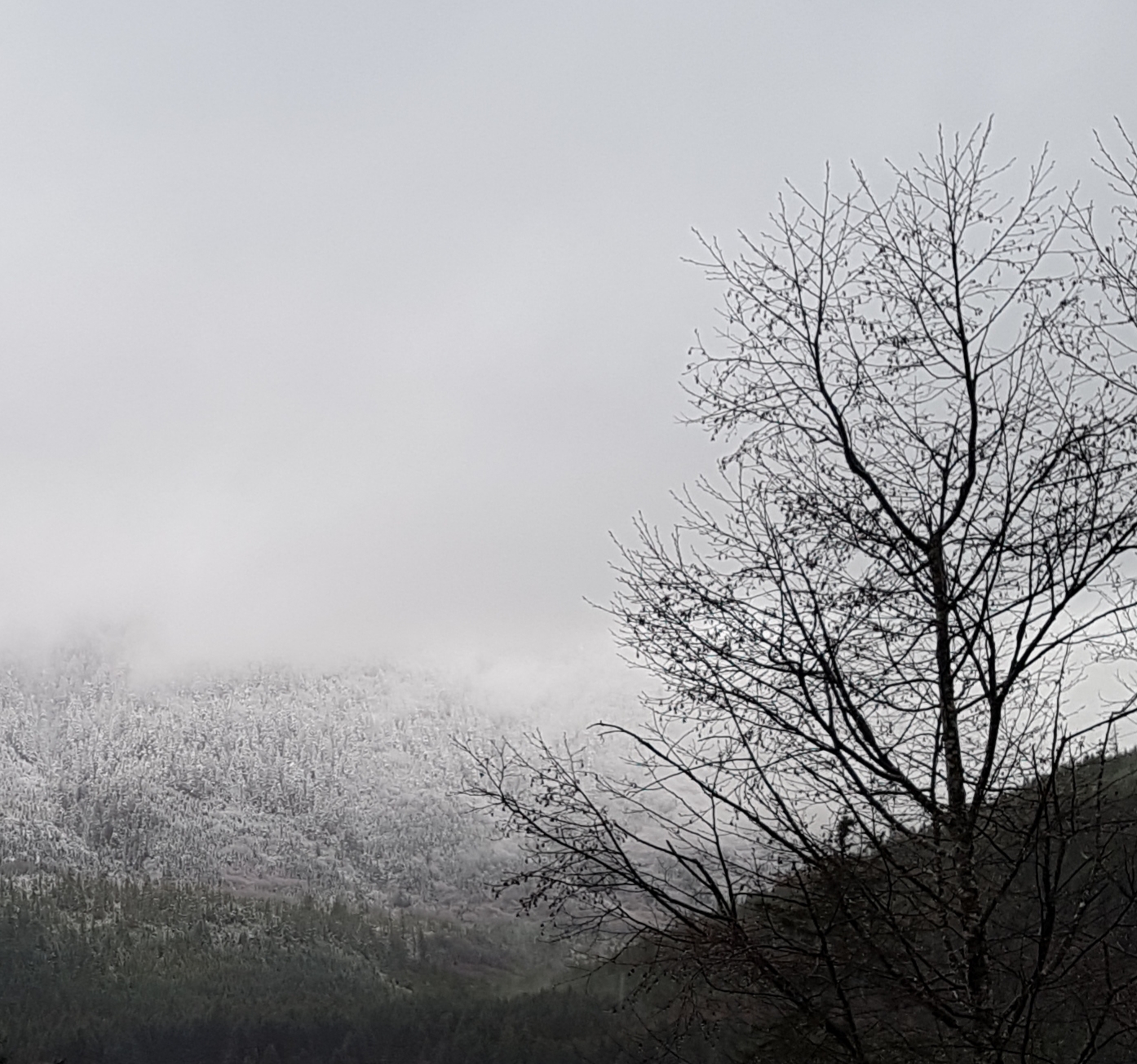 Andrew, Art and I went out in the boat today.

Walking down the road with my brother Andrew, I saw the fiftieth tree.

I saw this young western hemlock tree growing out of a stump. 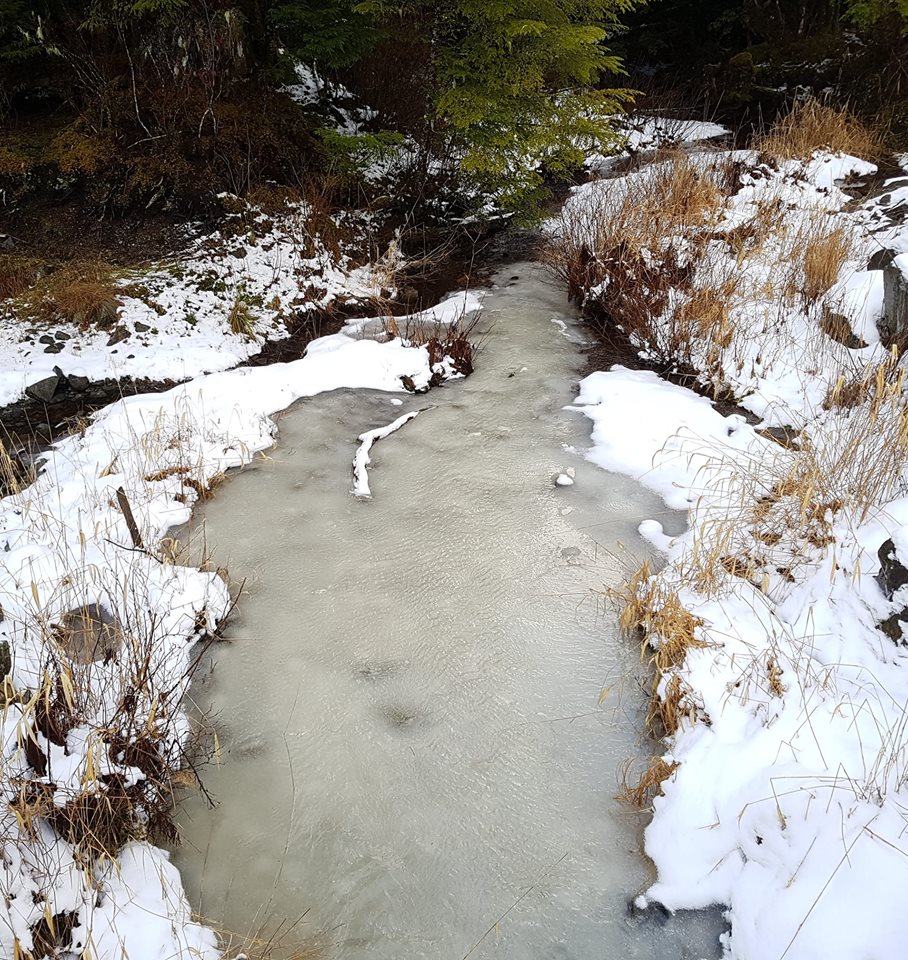 My favorite alder, down in the creek by the 7.5 mile bridge. 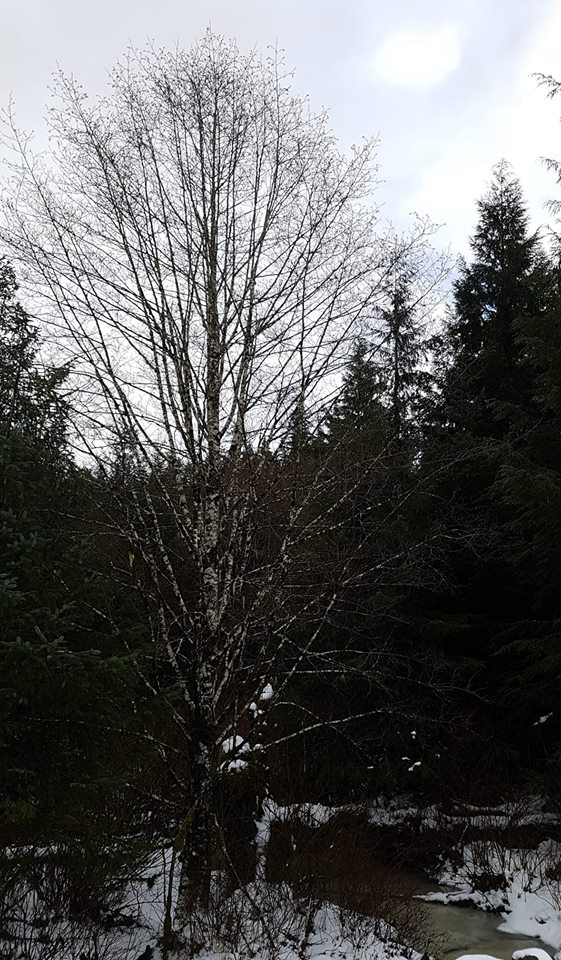 My mood plunged in the wake of events:
A machine refuses to work.
I’m not so mechanical…
At least, not as I’d like.
So a gloom descends:
A rain on snow –
Insistent –
Melting
Drifts.

Daily tree – I think it’s a sitka spruce which is technically a pine. 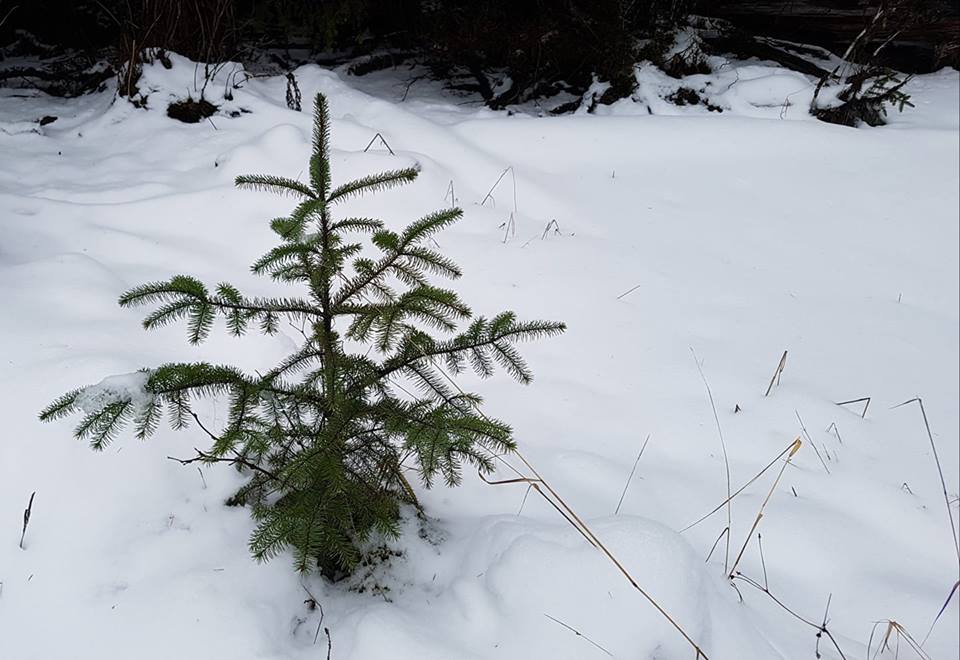 I had a horrible panic today. My blog(s) disappeared. My whole server disappeared. I couldn’t even access the “back end” via SSH, nor could I reboot it on the hosting website. 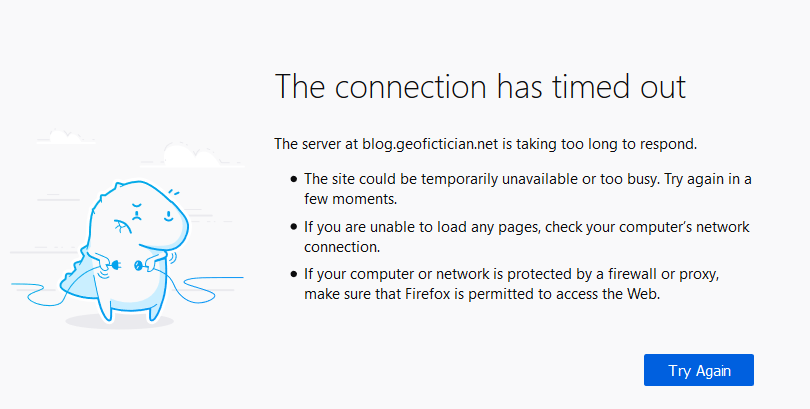 I’ve been lazy, the past few months. I had no current backup files. The most recent backup was what I had made before leaving on the huge road trip, in November. That would be 4 months of blogging disappeared, if the server was trashed.

I opened a help ticket with the hosting provider.

After several hours, it turned out to be a problem at the provider. The host machine, where my virtual server lives, had some technical issue, I guess. Maybe a guy tripped on an extension cord. Who knows.

Anyway, nothing was lost. But it was a stressful panic.

I have subsequently created up-to-date backups for both blogs, and some other data on my server. I also decided to invest in a $5 / month backup plan. Who knows, maybe my server host arranged this crash to drive business to the backup plan business? *Shrug*