I call Eugene my “almost” brother. He was an exchange student from Kazakhstan in the early 1990s, living with my dad and stepmother in Southern California, at the time when my brother Andrew was a teenager.

Eugene has been a member of my extended family ever since, even though I haven’t seen him much (I mean, the same could apply to many of my actual relatives, too).

His wife and he live in Minnesota, here, and have two amazing children. I was happy to meet them. I drove out to their house for dinner this evening. We took a selfie at the dinner table. It’s not a great photo, but it managed to include all of us, despite its blurriness. 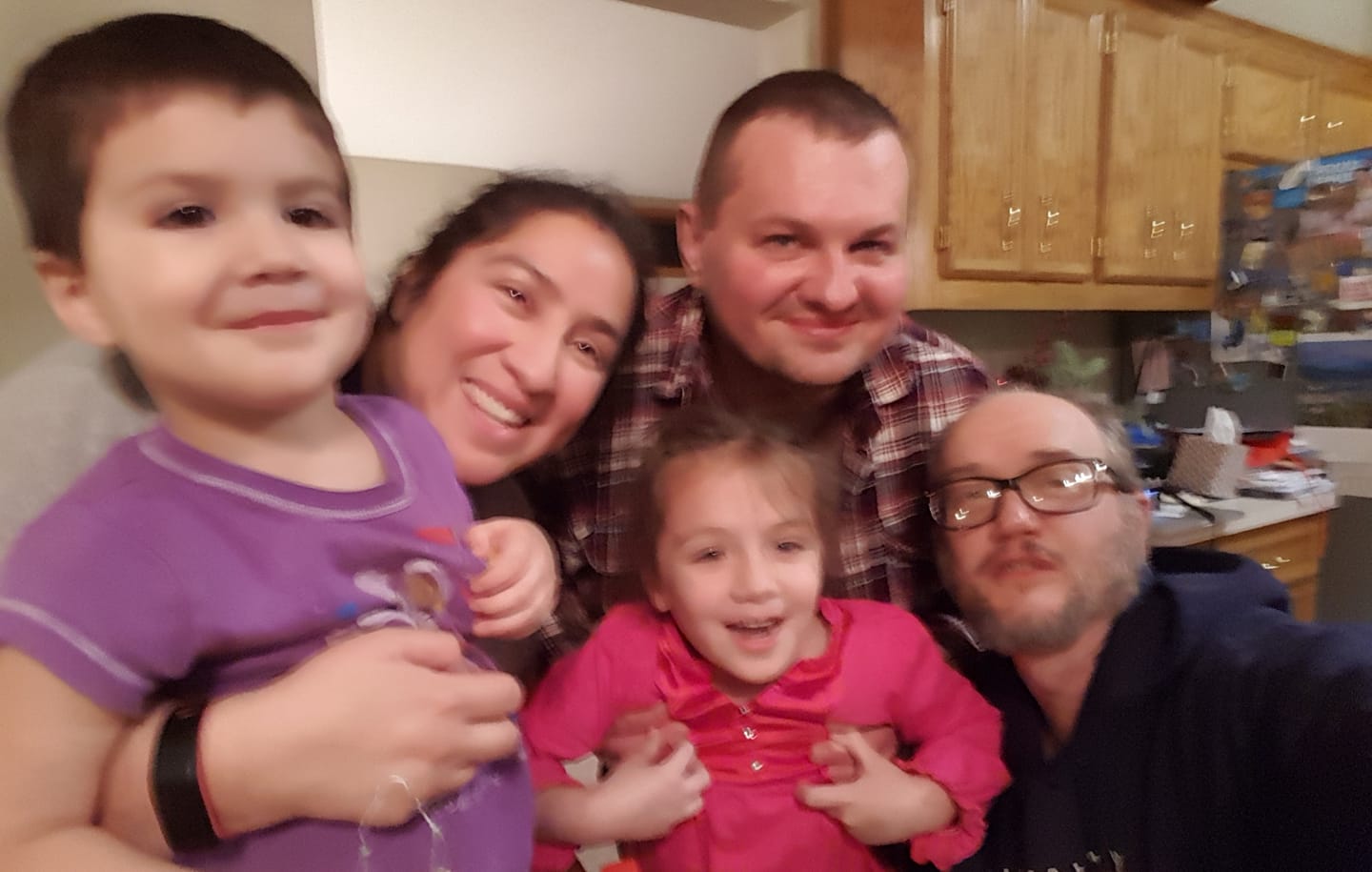 Since Eugene speaks Russian, natively, and his wife Marisol grew up as a native Spanish-speaker in Los Angeles, they made the decision to raise their children trilingually. It’s quite spectacular to see a 4 year old switching seamlessly between English, Spanish and Russian. The fact that I’m fluent in two of those and able to at least vaguely understand the third (from my two years of college Russian), I had fun switching along with her.

All parents who can should give the gift of multilingualism to their children.

Unrelatedly, earlier, I took another long walk at the big park south of Mark and Amy’s house. I took some pictures. They seem a bit monotonous, I’m sure, but I never tire of the winter landscape here. 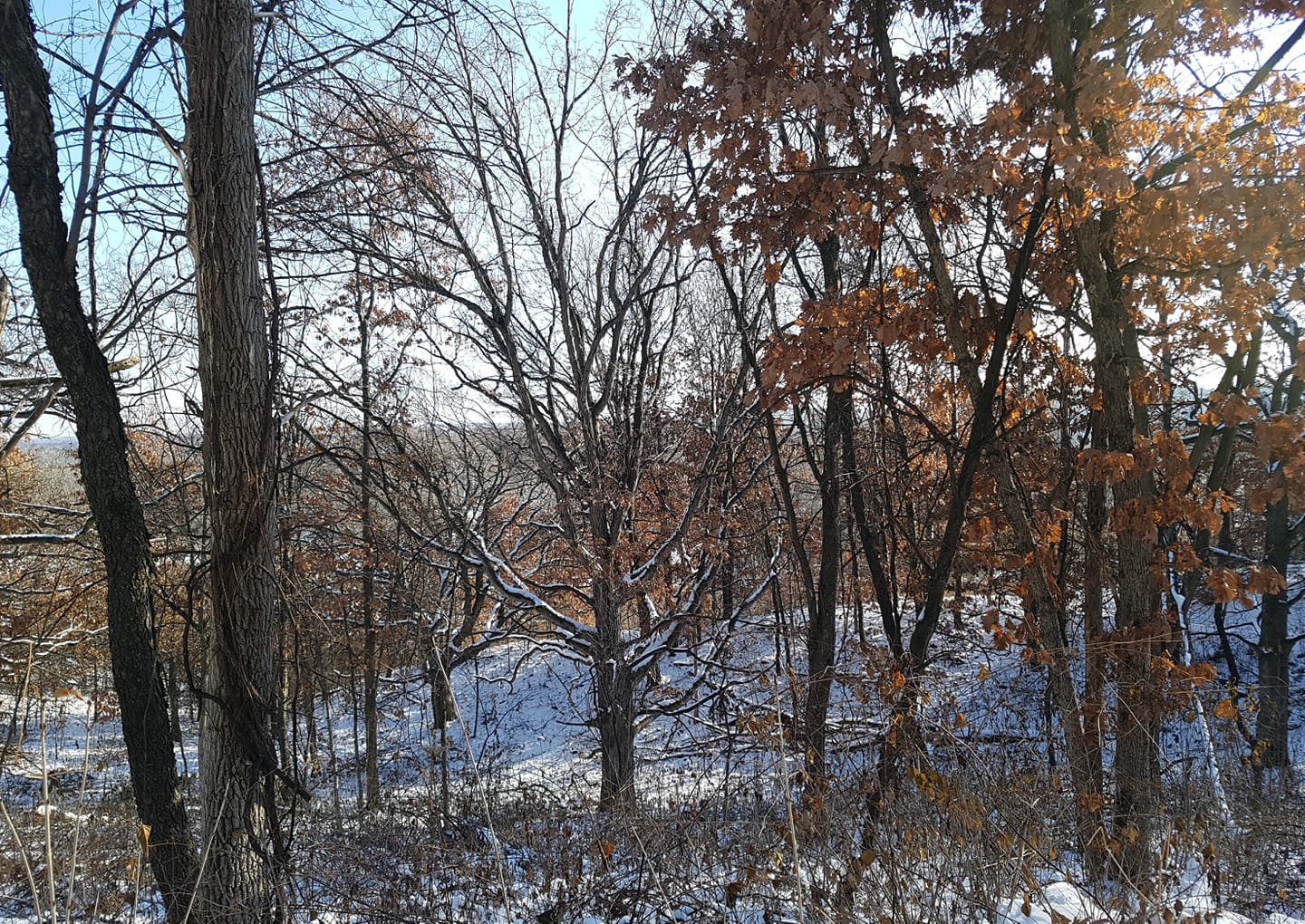 I saw a frozen stream. 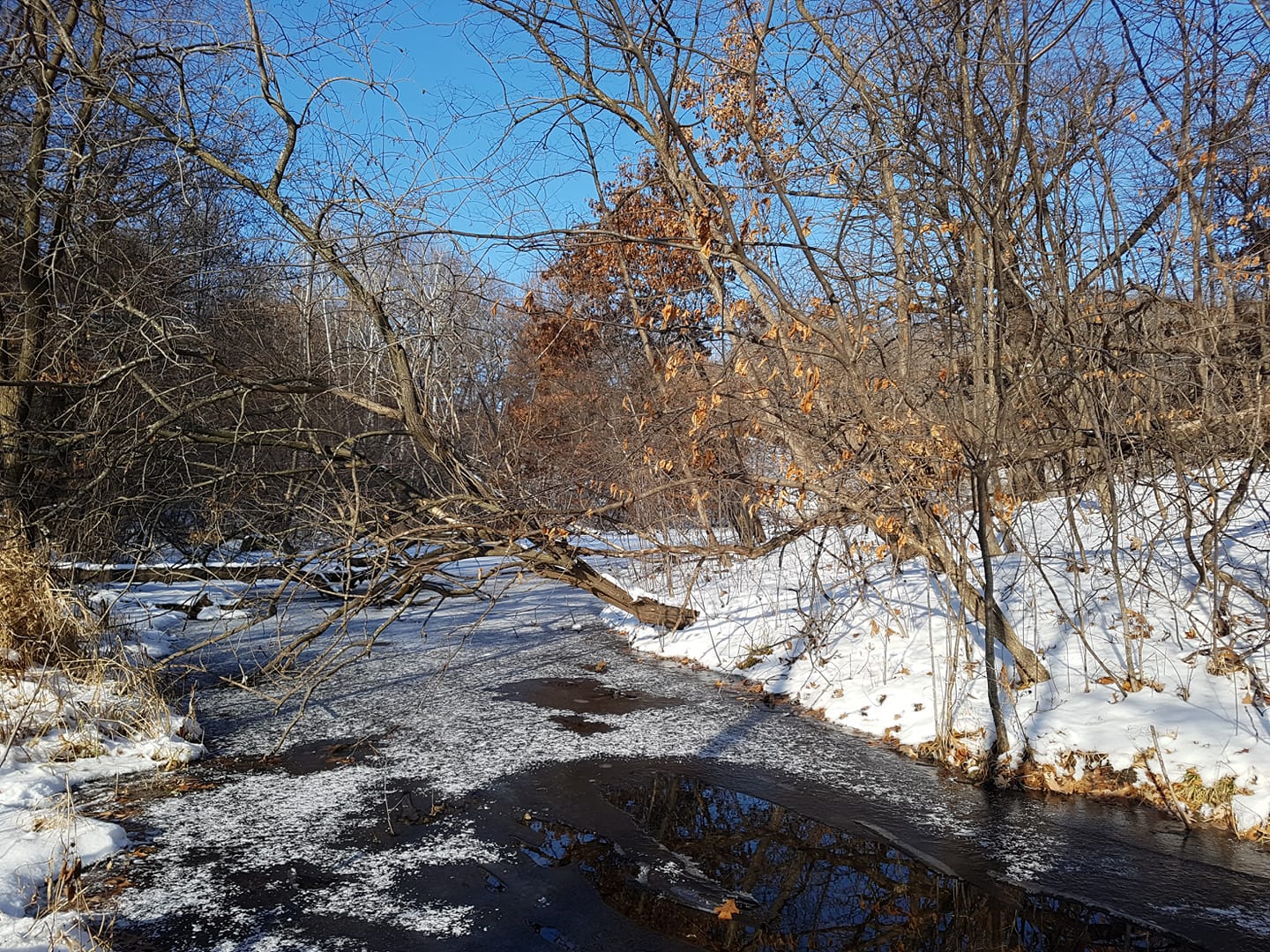 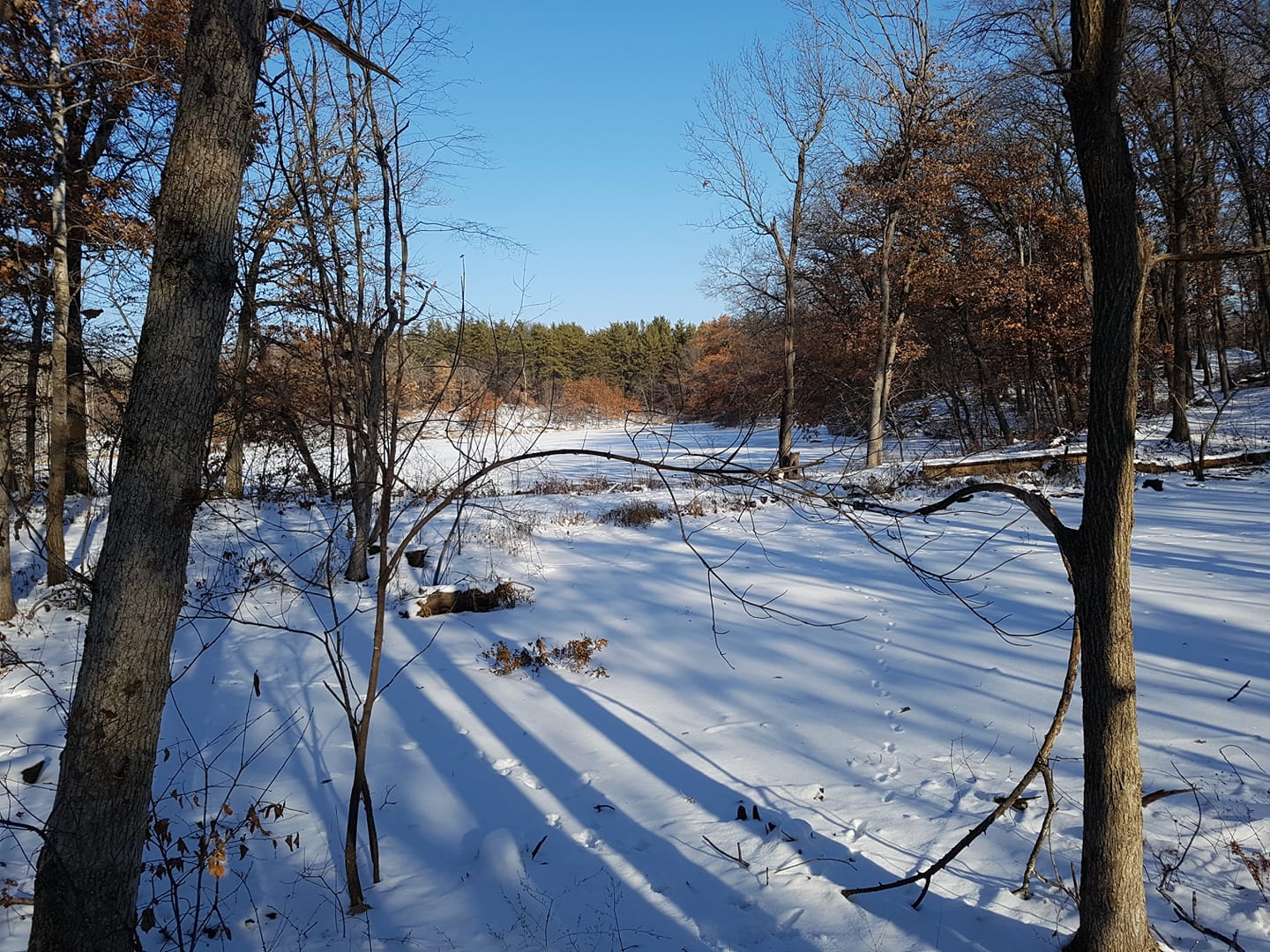 This is Jensen Lake. A good Minnesota name.

The lake has an island. 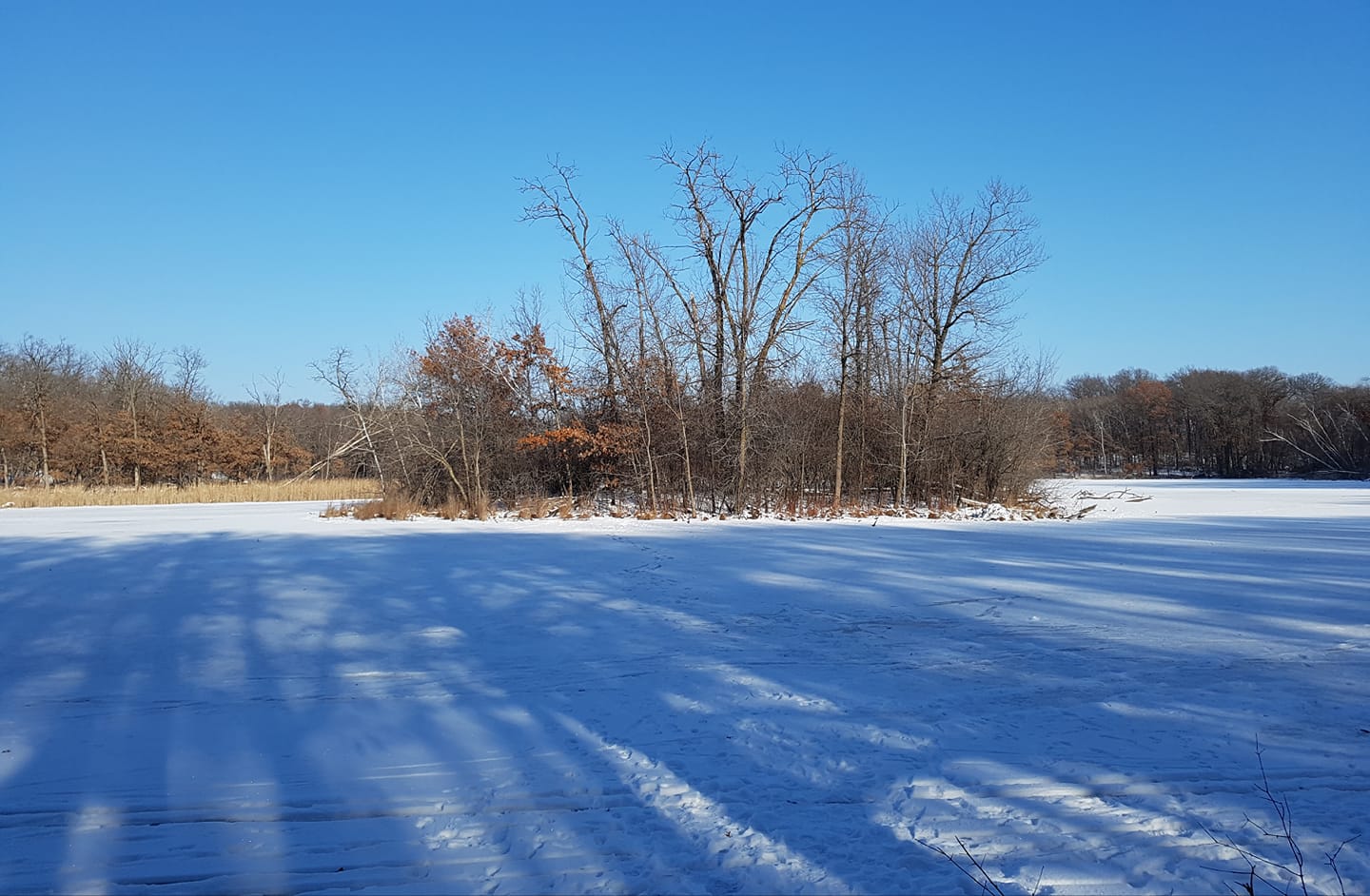 I found an unexpected shrine beside the trail. 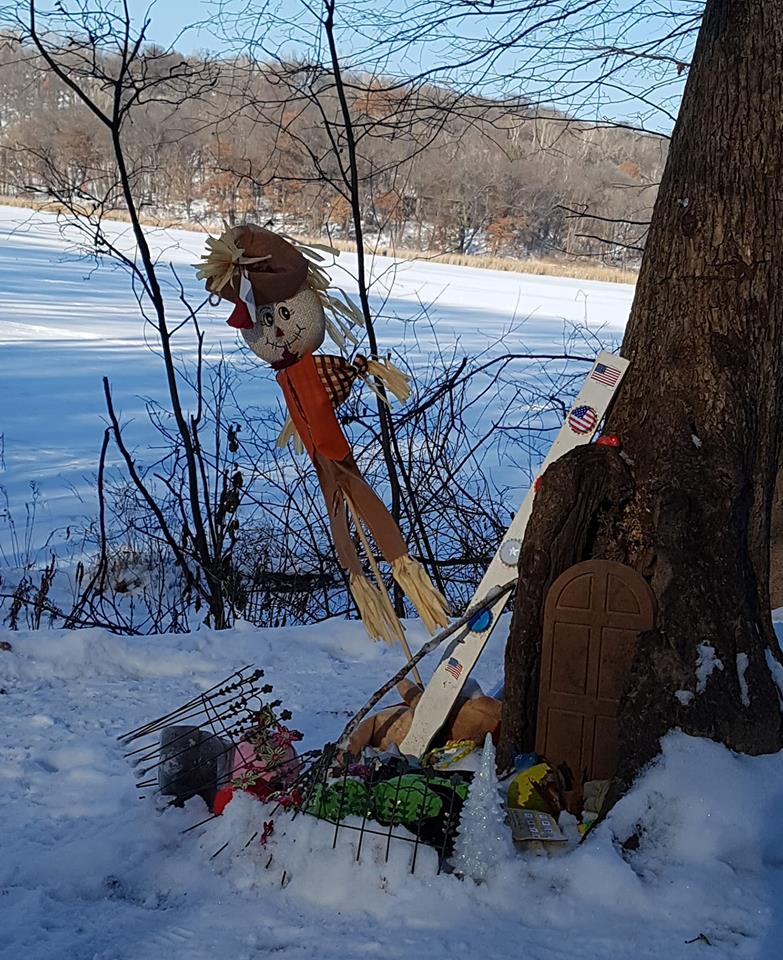 I saw a hillside beetling into the lake. 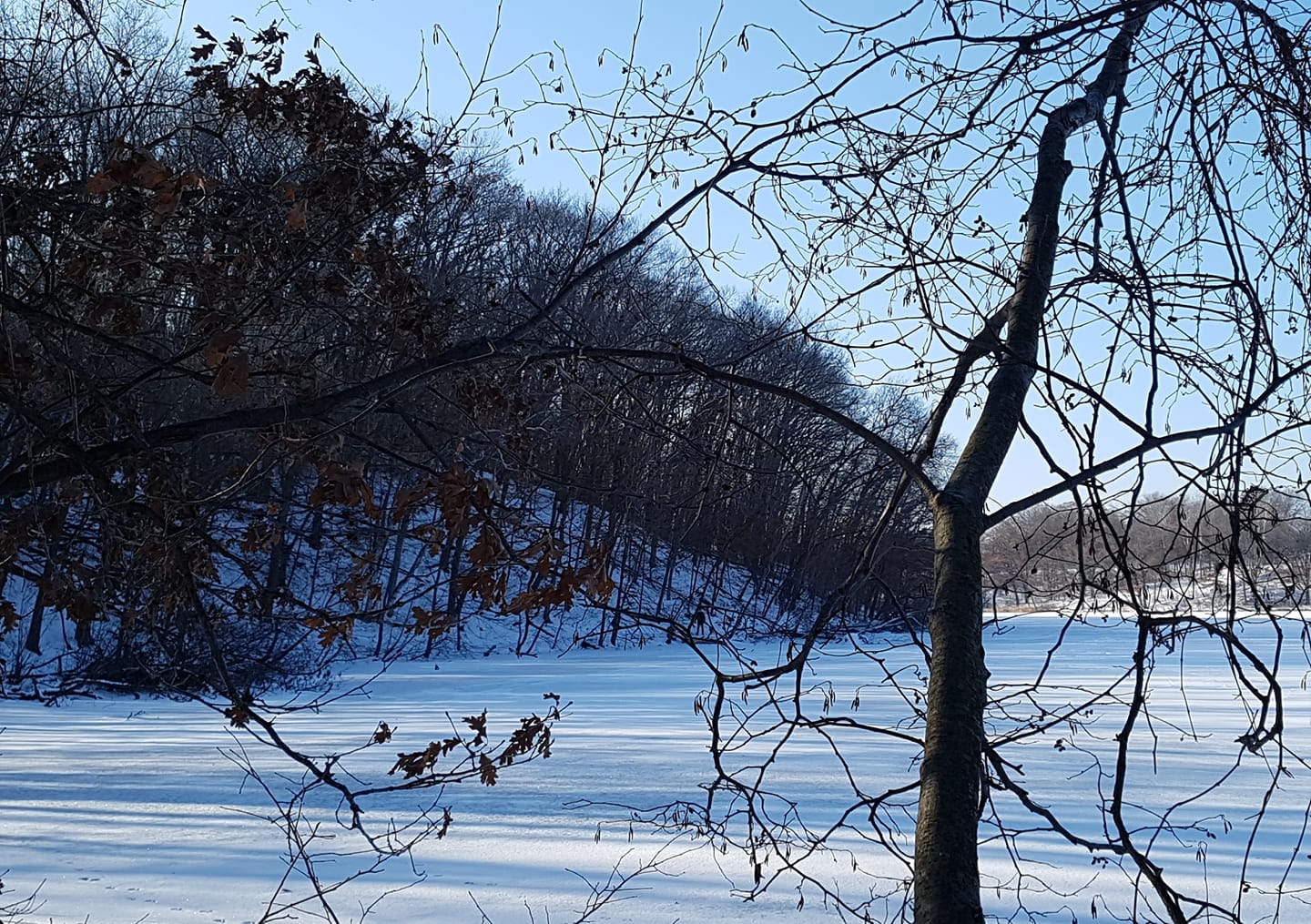 the cold penetrates,
burrows in and takes over;
but the sky expands