98 years ago, today, Korea declared independence from Japan, which had imperialistically annexed the country 9 years prior, in 1910. There were also a lot of Koreans in positions of power who felt they benefited from Japanese control, and the Japanese took increasingly draconian measures to maintain their control of the country, eventually attempting complete ethnocide, banning the Korean language and Korean indigenous culture. This effort was cut short by Japan's loss to the Allies in 1945. So the Koreans have an "Independence Day" on March 1st, and a "Liberation Day" on August 15th.

I posted this song quite some time ago (more than 5 years). I'm posting again because the video link at the old posting "rotted" (the so-called "link-rot" problem that long-lived blogs have), and anyway I never posted the lyrics in that old posting. It's one of my favorites by Dylan.

Bob Dylan (with Johnny Cash), "Girl From The North Country."

This is a poem written in English ballad meter. It’s not so easy to write a poem in Spanish using this English metrical pattern. In particular, although Spanish possesses clear stressed and unstressed syllables, natural Spanish rhythms are strongly trochaic, so forcing it into an iambic line is quite awkward.

– a quatrain in ballad meter, about another time.

I was teaching my beginning phonics class the difference between the words "ugly" and "pretty." I had them draw two columns on a piece of blank paper, and brainstorm their own ugly things and pretty things.

Evan (1st grade) did a nice job, I thought. At least, he channeled my cartoon alligator's spirit well. 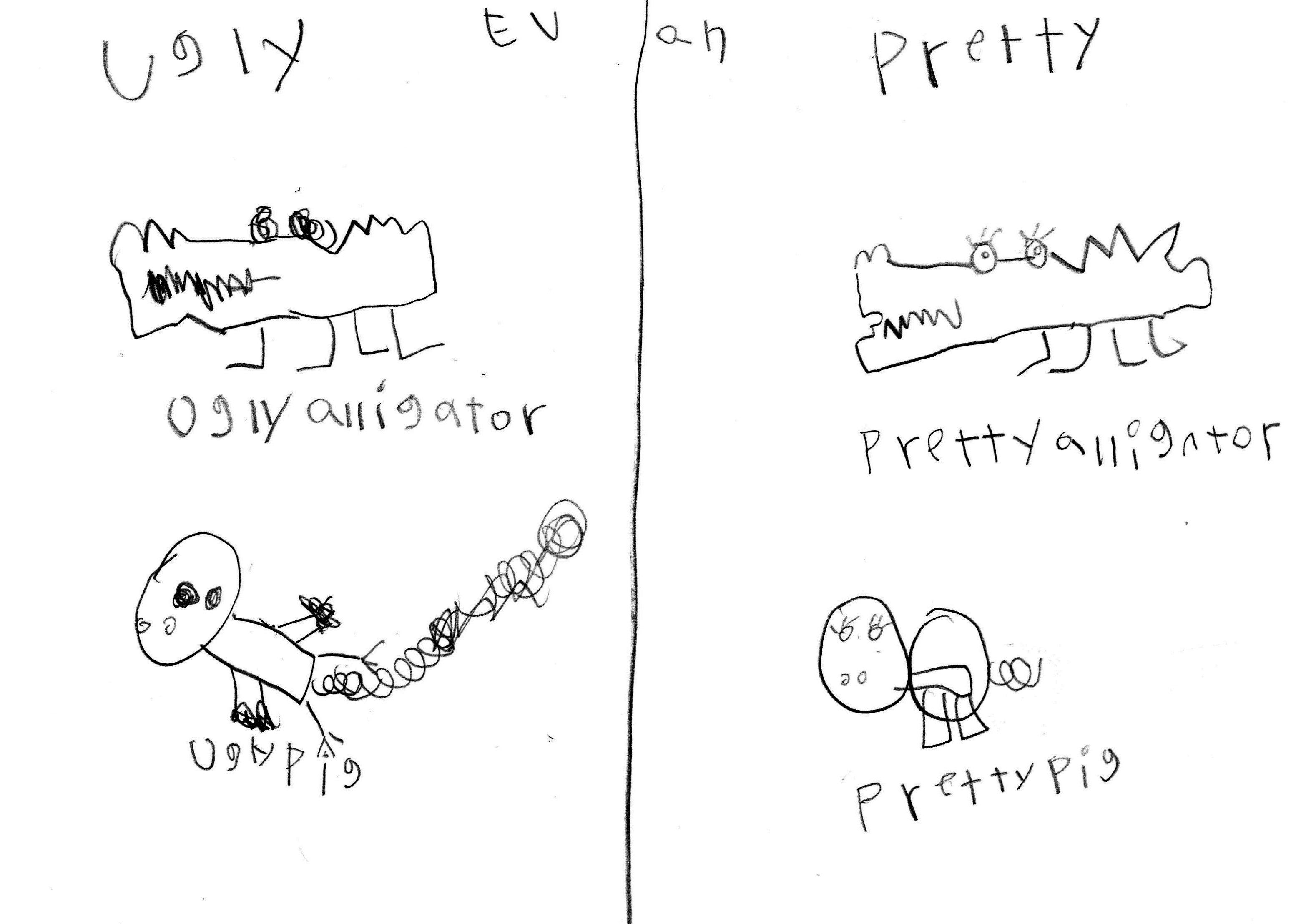 There is a globe on a table in the entry area of our hagwon. It's been there (or on analogue tables in previous locations) for as long as I have worked at Karma. Sometimes I even have looked at it, and on a few notable occasions, I've borrowed it into my classroom.

I was waiting for coworkers last night, as we got ready to go to a hoesik (회식 = work meal), after work got out, and was looking at the globe. The globe is "bilingual" (Korean and English), which is sometimes intriguing. It dawned on me just what poor quality the English was. In the Western US, I discovered the "Rooky Mountains." It is easy to visualize a lot of inexperienced climbers plummeting to their deaths from these mountains' peaks and cliffs. Or perhaps in fact these are small mountains, not confident yet of their mountainhood, sticking up from domineering plains only tentatively.

I have decided to continue to challenge myself, and therefore the next poetic form I will undertake is a more native (i.e. traditional) English poetic style, called the “Ballad meter.” These are alternations of 4 and 3 (mostly) iambic feet grouped in quatrains, with a rhyming scheme a b c b. Much famous poetry in English follows this pattern, such as Coleridge’s “Rime of the Ancient Mariner.” Many well known songs and hymns also follow this meter (or, also, the very similar so-called “common meter” which differs only in having a “tighter” rhyming scheme a b a b), such as the songs “Amazing Grace” and “America the Beautiful,” as well as the theme song to “Gilligan’s Island.” I guess there is no specific name for a single quatrain of ballad meter verse, so I’ll just call them daily quatrains – or maybe sometimes I’ll try to make more.

I have never successfully done much poemifying in traditional English stress-timed meters – despite being a native speaker, the stress-timed patterns have always felt unintuitive to me, while I have been making more rewarding efforts at syllable-count-based poetry since middle school. I am much more comfortable with syllable-timed patterns such as predominate in e.g. Italian, Spanish, Japanese or Welsh. Hence my previous efforts at this “poem-a-day” blog have been on such forms as the nonnet (originally Italian) and englyn (originally Welsh), with occasional haiku back there, too.

Yesterday in my advanced TOEFL cohort of 8th graders, called HS2B, we were doing a listening unit. The book is structured so that along with the multiple-choice questions, there are fill-in-the-blanks dictation scripts of the listening passages. I do a kind of low-key "game show" format as we go through the dictations. The scripts are pretty hard, and the blanks span full phrases, not individual words, so the chances of getting the individual blanks filled in correctly aren't that good. Sometimes I go from student to student, as we work out the the exact wording. The Korean students get hung up on the differences between "a" and "the" (indistinguishable in rapid, natural speech in many phonological contexts), on the presence or absence of past-tense marking, on plurals, etc. I'm a total stickler, because the points determine pay out at the end of the class. If the speaker says "He walked to the office," and the student says "He walk to the office" (phonologically identical in normal speech because of the following /t/ phoneme), they don't get the point.

We were doing a particularly hard phrase. I don't actually remember the phrase – I didn't take note of it.

Several students guessed and gradually they got closer. We went all the way around the room, and Seunghyeon (who insists his English name is Señor Equis i.e. Mr. X – I think the Spanish is a tribute to me, specifically, which is appreciated) finally got it right. I got pulled off topic by some question, so I didn't write the point on the board immediately. When we resumed the dictation passage, I asked the class, "Who's point was that?"

Seunghyeon and Gijun both raised their hands. They argued as to who got the point. Gijun was more plausible, since he is quite good at these exercises, while Seunghyeon is not. But I said, "I think it was Seunghyeon."

Gijun protested. "I should still get the point."

"Because my wrong answer made it possible for Seunghyeon to get the right answer," he explained. He was referring to the process of elimination of wrong possibilities that we go through for these.

I was dumbfounded by such clever sophistry. I laughed. "I should give you a point for such a clever argument," I told Gijun. "But I guess I shouldn't encourage you."

Gijun acquiesced. He's actually a very nice kid, but sometimes too smart for his own good.

My intention is that this is my last englyn. I’ll try to start something different for my daily short poems, soon.

As is typical, I sit and watch Korean TV, and it’s mostly whatever is on, as I channelsurf my basic cable.

One show that is in saturation mode at the moment is 보이스, a show that shares some characteristics with the popular American “police procedural” genre. I don’t always understand what exactly is going on, but there are a lot of psychos and serial killers. I think far more than there really are, in Korea. At least… I hope so. I don’t actually have a particular liking for the show. My point here is only that it part of my daily milieu, at the moment.

These shows always have sound-track tie-ins, and the sound track videos get played during breaks in the programming schedule, so you get repeated doses of the series’ theme songs at times other than just when the show is playing. Hence…

I'm actually pretty sure that the new Space Emperor's reference to an incident (presumably "terrorist incident") in Sweden last week was just a syntactic mutilation such as routinely emerges from his mouth, rather than any kind of premeditated prevarication.

Nevertheless, the media reaction has been entertaining. One thing I ran across, that was amusing, was this cartoon originally posted at a site called The Postillon (although the cartoon predates the reference made to Sweden at the news conference): 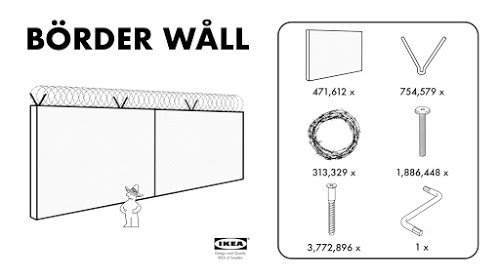 I wonder if the numbers of pieces listed (e.g. 3,772,896 connector screws) is accurate, or if the cartoonist just made the numbers up.

Some national leaders seem both more rational and more courteous than others.

A candy-colored clown they call the sandman
Tiptoes to my room every night
Just to sprinkle star dust and to whisper
"Go to sleep, everything is alright"

I close my eyes then I drift away
Into the magic night, I softly say
A silent prayer like dreamers do
Then I fall asleep to dream my dreams of you

By "collateralized," I'm referring to the concept of "marketing collateral," a concept I became familiar with in my years working at Paradise Corporation (my private pseudonym for ARAMARK). For a person to be collateralized means for a person to be used for marketing purposes, I guess. I have been "collateralized" twice before, in 2009 at LBridge, and in 2012 at Karma. So recently Curt hired a new marketing service for his hagwon, and a very dorky picture of me was used in some newpaper advertising copy.

One of my students saw it and gravely shook her head, saying, "Don't be too proud of that picture, teacher."

I'm inclined to agree. I look like a doofus with an alligator fetish. Maybe that's not so far from the truth.

Here is a scan of the newspaper page in question – it's one of those local newspaper advertising circulars that are one of the most common ways for hagwon to adverstise. 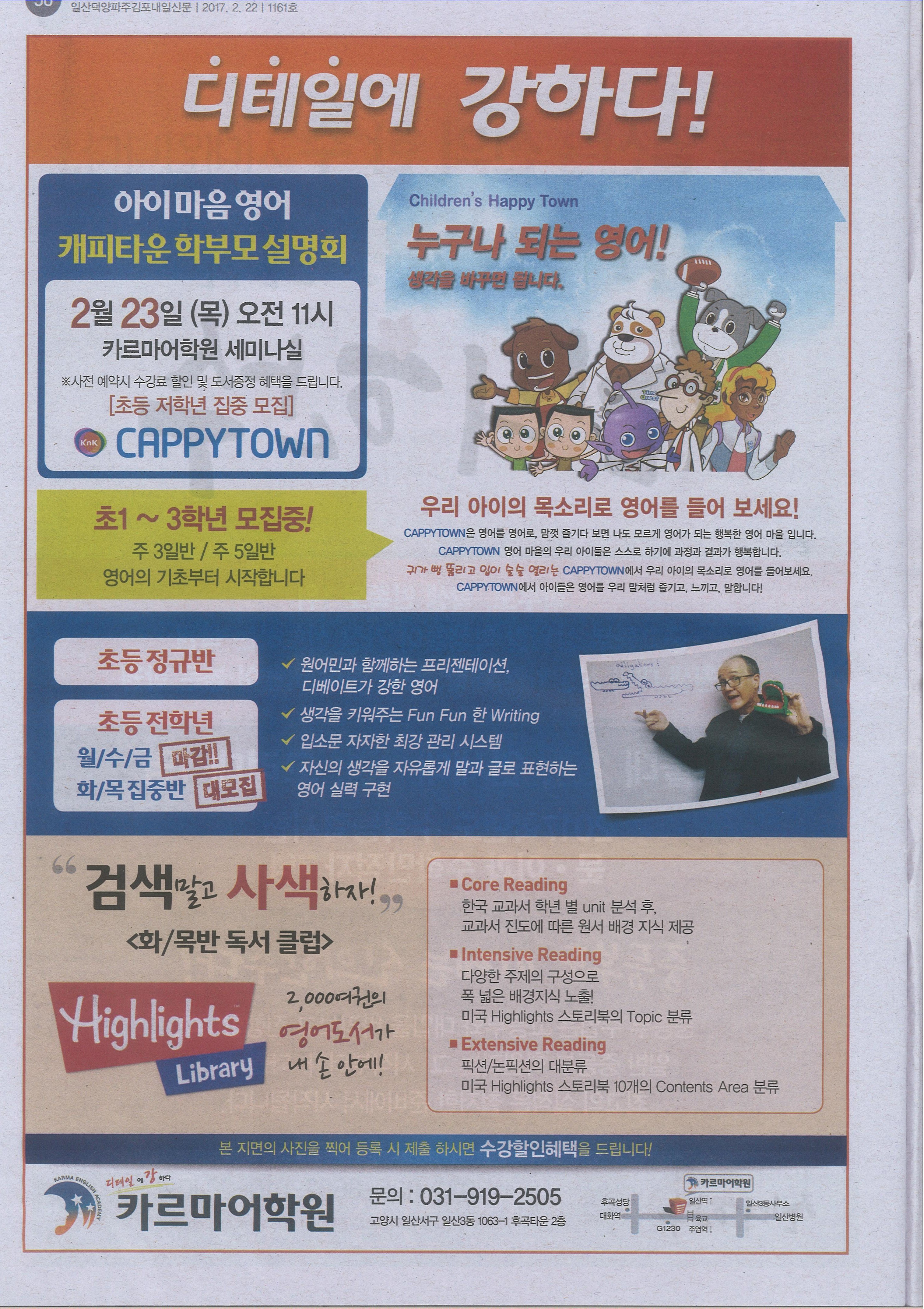 Last September, I posted on this here blog about my fictional city-state of Tárrases, and the online mapping I've been doing for it. Recently, that website's owner has been experimenting with a "3D viewer" of the topographic data. If you were interested in that map, before, then you might be interested to play with this viewer, too. Note that it is a bit glitchy, with some performance hitches, and also that the data (which are my creation and responsibility to maintain) might have some issues too. Also note that the initial view you see has the vertical scale exaggerated. The controls at the lower left of the window can change the degree of exaggeration, as well as manipulate for "pan," "rotation," and "zoom."

So at least my hobby is interesting to me.