The Korean word 변태 [byeontae] is translated as "pervert" but I think the meaning is a milder word than the way "pervert" is used in English. Or maybe not. Certainly I have realized it's one of the common insults thrown around between elementary students, and although the kids seem to have some general idea of what semantic field it covers, they don't seem to have much idea as to what a "pervert" actually is. Mostly, they're pretty sheltered.

I was surprised, therefore, yesterday with my youngest cohort (1st and 2nd graders) when one of the girls, Hailey, announced (in Korean) that one of the cartoon characters projected onto the screen of the vocabulary website we were working from in class was a "변태". I don't know what her exact words were, but her meaning was, "Teacher! That man is a byeontae!"

I was surprised. "Why do you say that?" I asked, in English.

Hailey is a sharp kid – she's not fond of speaking English but she's good at guessing what I'm meaning. Confidently, she strode to the front of the class and drew a black arrow on the whiteboard upon which the cartoon was projected, using a black board marker. Here is a picture in which I provide a screenshot of the cartoon in question and have added in Hailey's arrow (a little bit hard to see – it looks like part of the cartoon). 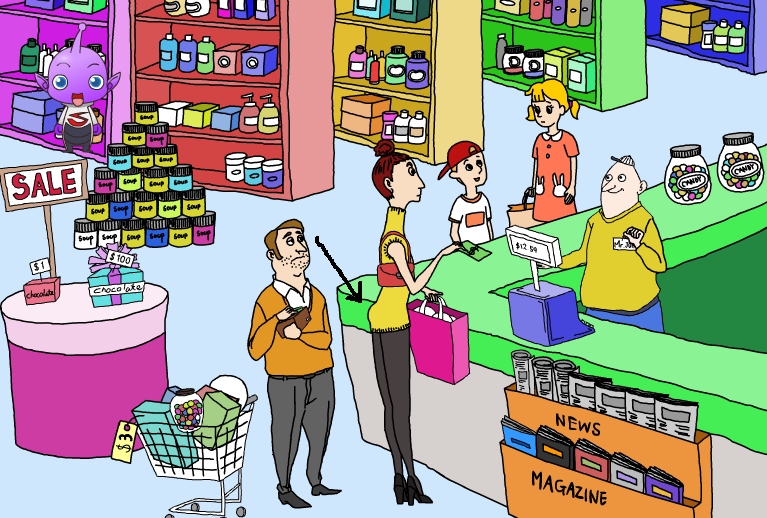 I was speechless. The other kids giggled. I didn't really think the kids had any awareness of that kind of thing. Anyway, I changed the subject. But it was kinda funny, too.