I awoke at 6, only a little later than my usual time, despite the poor night's sleep.  I escaped the snore-o-mania and explored the hotel a little bit.  It's what Koreans call "condominium" but that's not what it is by an American English definition – it's a hotel for large groups, where you cram 6 or 8 people into each room that is a little bit like a small apartment.

One of my roommates seemed to have set up camp in the bathroom, so I went out to the lobby in search of a public restroom.  Koreans have a habit of posting small inspirational sayings along the walls and stall doors of public restrooms.  I enjoyed the one I found there so much, I took its picture.  Maybe that's because I understood it. I talked to Ms Ryu in the lobby for a while about the my feelings about last night.  She was her usual upbeat self, trying to put a positive spin on things, but she seemed to understand.

The hotel is on the northwest coast of the oval-shaped island.  I walked around and took some pictures.  The day was windy and overcast. At 8:30 AM we all piled onto a bus and went to get breakfast.  We had the famous "hangover soup" that includes ox-blood and lots of red (spicy) pepper and vegetables. I admired the Jeju City-scape. Well.  Not really.  Urban Jeju is exactly as unattractive as I'd always imagined it to be (as well as some very vague memories from a visit to the island while doing some weird training exercise in the US Army when I was here in 1991, although it's much more developed now).  Still, all the palms and citrus and stone walls made of dark volcanic rock reminded me of rural central Mexico.  Except for the patches of snow on the ground. Then we drove to Hallasan.  Halla mountain is the extinct volcano that makes up the center of Jeju Island, and is, incidentally, the highest mountain in South Korea, despite its eccentric location.  It was covered in snow – between half a meter and more than a meter deep, packed down, in most places.  Here and there on the trail there were places where the pack was weak and your foot would sink down 20 or 40 cm.  But mostly, it was hiking on top of snow.   Everyone was using something called, in Korean, "a-i-jen" which they allege is English, but I have no idea what it might actually be.  They're strap-on rubber and metal cleats for the bottoms of one's hiking boots.

Not all the teachers went.  The group that did – about 12 of us – was a core group of teachers whose company I enjoy.  It was a redemptive situation, hiking outdoors with people I like being with.  I went from hating the trip to loving it.  Which is why I went, right?  Because things can change, like that. I saw a child who seemed to be hiking alone.  I love how independent Korean children are – it seems so at odds with the conformity in their culture, but I think on deeper reflection, it's not.  It all works together, somehow. At the top of the mountain, we had kimbap and ramyeon for lunch, and the 4-1 teacher had packed a bottle of whiskey.  She shared half-shots around, in a paper cup.  We also saw many crows (or are they ravens?). 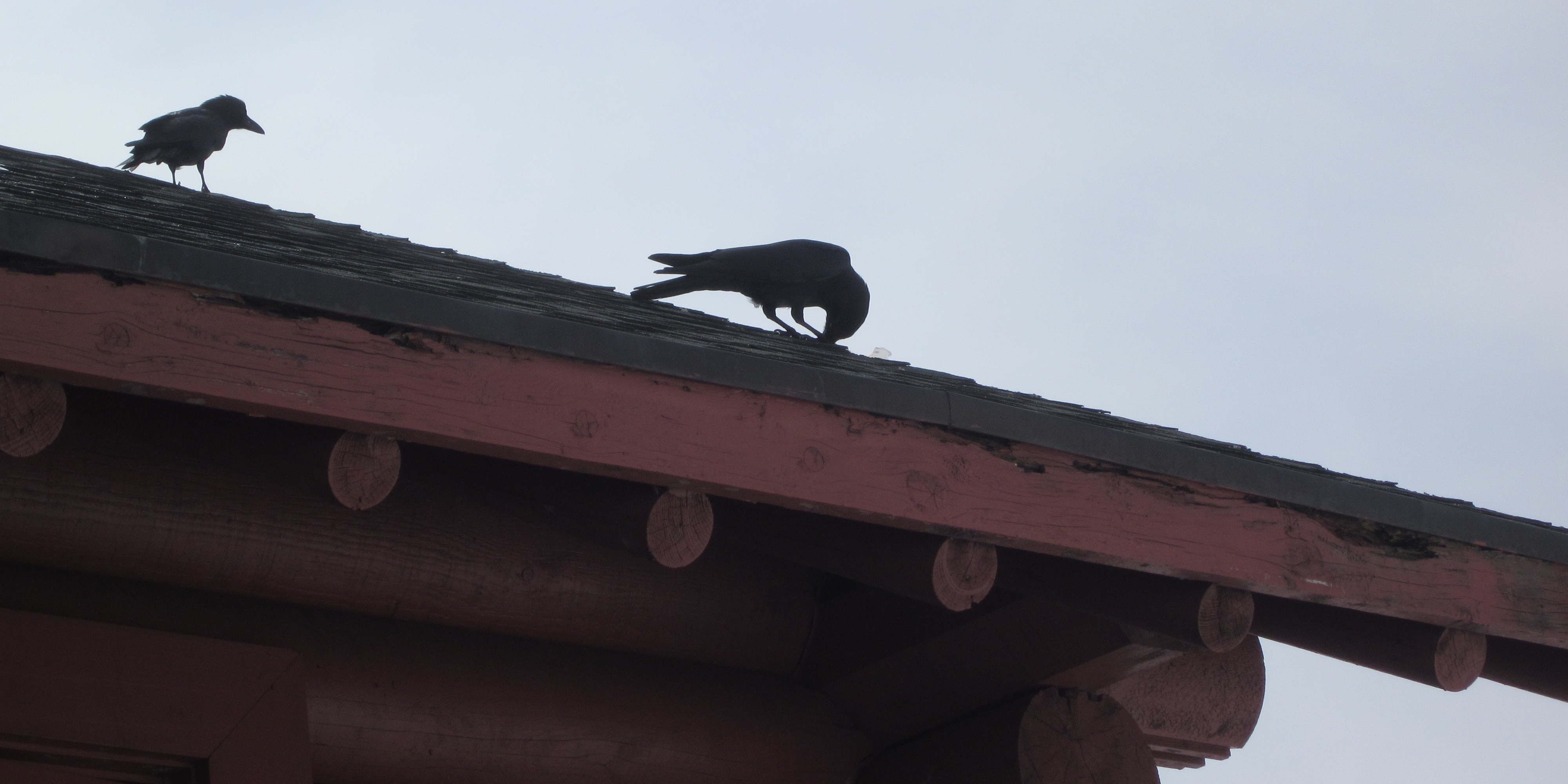 Coming down, we saw many fine views. We also did some "bobsledding" on our butts.  I wish I had pictures of that.  It was awesomely fun, careening down the trails with a bunch of elementary school teachers acting just like elementary school children.  It reminded me how much I have actually enjoyed skiing, the times I've gotten into that.  Hmm.  Well, maybe again sometime.  Anyway, I recommend "buttsledding" most highly.

Finally, at 3:30, we met up with the bus and the rest of the group again.  We drove down to the south side of the island, past many orange groves.

We stopped and had some spicy fish for dinner, and then arrived at the ferry terminal at 6:00, for the return trip to the mainland.  Ms Ryu and Mr Choi insisted on one last photo op. The drive back to Hongnong was agonizingly slow, and I was sore (from the 10 km hike on slippery snow the whole way) and damp (from the buttsledding).  We stopped 3 places in Gwangju City, and also in Yeonggwang, dropping people off.  I finally got home at 12:20 AM.  I was tired.

I'm glad we had a second day, and that we got to hang out on the mountain with no principals.  So to speak.