I walked a lot in high school – mostly in the fog. I graduated from
Arcata High School in Arcata California. My summer internship at a civil
engineering office turns me off of the idea of pursuing engineering,
careerwise. I started
college at Macalester College in St Paul, Minnesota. The main reason for
my choice of Macalester was that it was very far away from home. I met my best
friend Bob on day one, and he is still my best friend almost thirty years later.

[This entry is part of a timeline I am making using this blog. I am writing a single entry for each year of my life, which when viewed together in order will provide a sort of timeline. This entry wasn't written in 1983 – it was written in the future.]

Last year, I got a pretty nice camera from my uncle (used). It was a Pentax.

I took it out while home in Humboldt for Christmas Break this year, and took some photos of the world. One place that's important in my own psychological evolution: Lufenholtz Beach, in Trinidad, California. 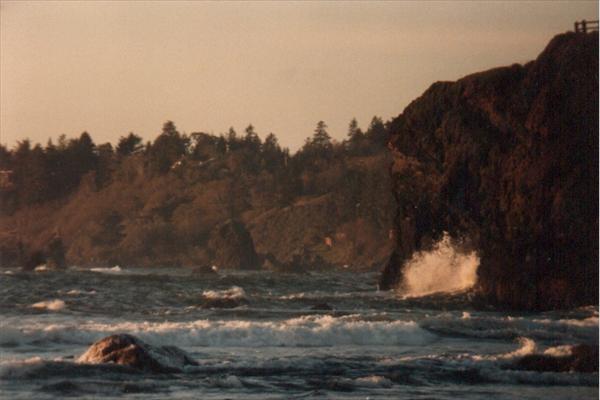 The above picture is from a scan of one of the rather extensive set of photos (mostly of nature) that I took in 1983-1985.]